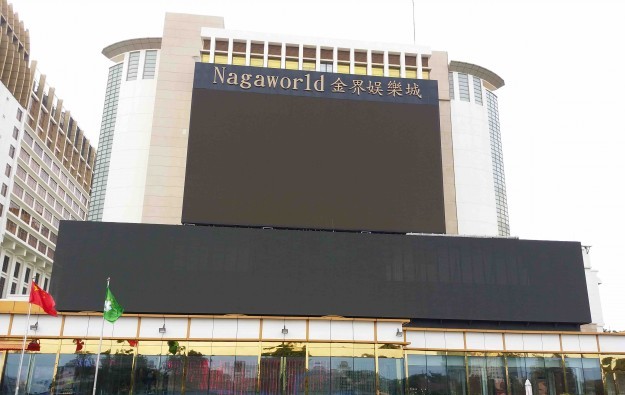 The chairman of Hong Kong-listed Cambodian casino operator NagaCorp Ltd has told GGRAsia the firm is “pleased” that a “a reasonable approach continues with the new law” on casino gaming in that country, with regard to taxation.

“We are pleased the new gaming legislation has passed,” said Tim McNally, referring to a statute known as the Law on the Management of Integrated Resorts and Commercial Gambling.

The National Assembly of Cambodia had ratified the bill on October 5, after it had been approved by the country’s Cabinet in early July.

The new statute sees tax levied on gross gaming revenue (GGR) at 4 percent on VIP GGR; and 7 percent on mass-market GGR, as mentioned in commentary by industry investment analysts.

“The tax rates noted for VIP/mass are now the law and allow Cambodia to be competitive with other jurisdictions. We have been supportive of the government’s efforts to get this new law passed,” Mr McNally told GGRAsia by email, in response to our enquiry on the firm’s reaction to the legislative development.

NagaCorp has a long-lasting casino monopoly in the area of the Cambodian capital, Phnom Penh, where it runs the NagaWorld complex (pictured).

The firm has capital spending plans amounting to about US$4 billion in coming years. Most of that: US$3.5 billion, is for Naga 3, a new phase for NagaWorld, though the firm’s chief executive, Chen Lip Keong, has pledged to provide half of the latter investment.

The group is also constructing a casino resort at Primorye in the Russian Far East; and wants to develop a US$350-million non-gaming resort near the UNESCO World Heritage site Angkor Wat, in Siem Reap, Cambodia.

According to previous commentary by the chairman, the firm has had – prior to the gaming legislation – a directly-negotiated arrangement with the Cambodian government, regarding its taxation obligations

According to NagaCorp’s 2019 annual report, the company paid just under US$30.4 million in income tax that year, on a profit of US$551.6 million, meaning an effective income tax rate of about 5.5 percent.

“We will meet our obligations under the new tax arrangement and continue to be a significant tax contributor to the country,” Mr McNally told GGRAsia.

“We have successfully operated in an emerging country and part of that overall success has been a reasonable and competitive tax rate. We are pleased that a reasonable approach continues with the new law,” he added.

In an October 4 filing to the Hong Kong bourse, NagaCorp said that average daily business “volumes” at its mass-market gaming segment in the August to September period had recovered to 97 percent of the average seen in the first quarter of 2020, before the closure of the casino in April.

VIP rolling chip turnover daily volume was in the same time frame back to 71 percent of the average seen in the first quarter this year, said the company.