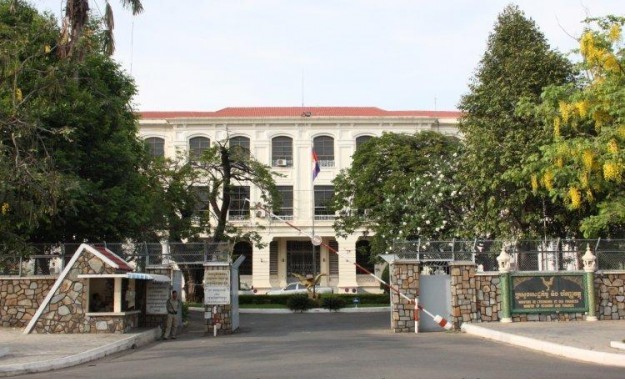 A Cambodian government spokesman on Thursday said the country was considering allowing its citizens to gamble in casinos.

An official from the Ministry of Economy and Finance (pictured) said the government’s thinking was that regulated gambling was now a global industry. The person added that neighbouring countries such as Vietnam were mooting allowing locals to play in domestic casinos.

Under Cambodia’s Law on the Suppression of Gambling adopted by the National Assembly in 1996, gambling in any form is technically illegal for Cambodian citizens, unless they have access to a foreign passport. In practice, local media report that the law is only weakly and sporadically enforced.

NagaWorld is arguably Cambodia’s most well-known casino resort. The foreigners-only property operated by Hong Kong-listed NagaCorp Ltd is the only legal casino within a 200-kilometre (124-mile) radius of the Southeast Asian country’s capital Phnom Penh.

For several years until February 2009 – when the government closed them down – Phnom Penh had a thriving market of slot clubs specifically aimed at local players.

“We have thought about Vietnam legalising [gambling for locals]. Gambling nowadays is a worldwide industry, not just in one country or two,” Ros Phirun, spokesman for the ministry’s gaming and casino department, told English language newspaper Phnom Penh Post.

“It is an international industry. So now we too have to internationalise the gambling industry. But in order to do that, we have to get the laws in Cambodia finished,” he added.

It wasn’t reported whether the government was looking only at casino gambling or all gambling. The spokesman did say however that the authorities would need to study the potential impact of legalising gambling for locals.

Tok Kimsay, an adviser to Titan King Resort and Casino in Bavet town – a Cambodian settlement on the country’s border with Vietnam and that targets players from that jurisdiction – told the Post the local industry was becoming increasingly concerned about a future decline in players from Vietnam if that nation allows its citizens to engage in casino gambling at home.

In June, industry sources confirmed to GGRAsia that the Cambodian government is in the process of amending its gaming laws in a bid to draw internationally recognised casino brands. It is understood the legalisation and regulation of online gambling is also being considered.

Starting from Friday (July 8), two more hotels at major Macau casino resorts will be used for Covid-19 quarantine purposes. It will double the number of large gaming-resort hotels on Cotai that are... END_OF_DOCUMENT_TOKEN_TO_BE_REPLACED