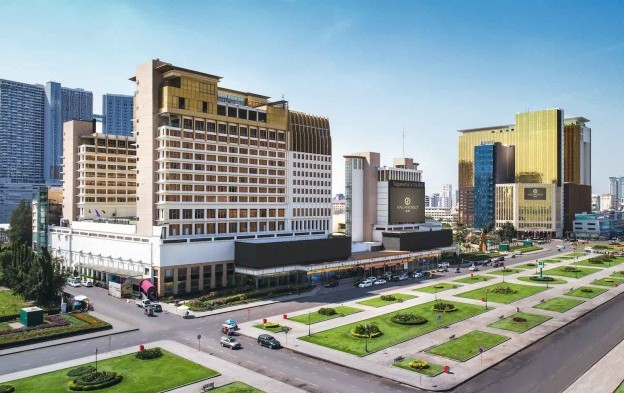 NagaCorp Ltd, operator of NagaWorld, a casino resort monopoly in the Cambodian capital Phnom Penh, made a US$52.7-million profit for the first half this year, it said in a filing on Monday to the Hong Kong Stock Exchange. That compared to a US$77.2-million loss for the first half 2021, when the resort was shut for much of that period as a Covid-19 countermeasure.

The firm also announced it was proposing an interim dividend of US$0.0073 per share by way of scrip shares, “without offering any right to shareholders to elect to receive such dividend in cash in lieu of such allotment”. NagaCorp said that a scrip dividend payment would benefit its shareholders while allowing the firm to “conserve cash flow” and improve the “trading liquidity” in its shares.

The company did not pay any dividend last year.

In 2022, the group’s first-half earnings before interest, taxation, depreciation and amortisation (EBITDA) were US$130.1 million, compared to US$4.5 million in the first six months of 2021, it said on Monday.

Recovery from the negative impact of the Covid-19 pandemic continued during the reporting period, said NagaCorp. It mentioned “impressive 39.4 percent sequential increase in net profit” in the second quarter of 2022. According to the company, that was “achieved on the back of higher business volumes across all business segments and continued effective cost control.”

The firm stated that its average daily business volumes for the gaming mass market and premium mass market in the April to June period had “already recovered to 80.3 percent and 71.8 percent respectively” of the volumes recorded in full-2019, NagaCorp’s best performing year, prior to the onset of the Covid-19 pandemic.

The firm has a long-life monopoly casino licence for Phnom Penh, via its NagaWorld resort complex (pictured). It stated that its first-half performance benefitted “from the sizable captive domestic expatriate community” in the Cambodian capital.

Gross gaming revenue (GGR) from casino operations amounted to US$237.4 million, compared to US$129.3 million on the same period in 2021.

Hotel room income, sales of food and drink and “other” items was US$5.6 million, compared to US$1.1 million in the prior-year period.

Last month, NagaCorp confirmed to GGRAsia that it planned to launch at the venue a 20-table gaming area aimed at “premium players for mass market”, either in “late third quarter or early fourth quarter”.

NagaCorp also said in its Monday results filing that development of its planned gaming resort in Vladivostok, in the Russian Far East, remained “suspended indefinitely until the circumstance is clearer”. Construction work was stopped in March. At the time the stoppage was understood to be linked with Russia’s invasion of Ukraine, although that was not confirmed by NagaCorp.

The imminent return of package tours from mainland China will not only help boost Macau’s tourism businesses, but is also expected to help casinos gain more foot traffic in their mass gaming... END_OF_DOCUMENT_TOKEN_TO_BE_REPLACED