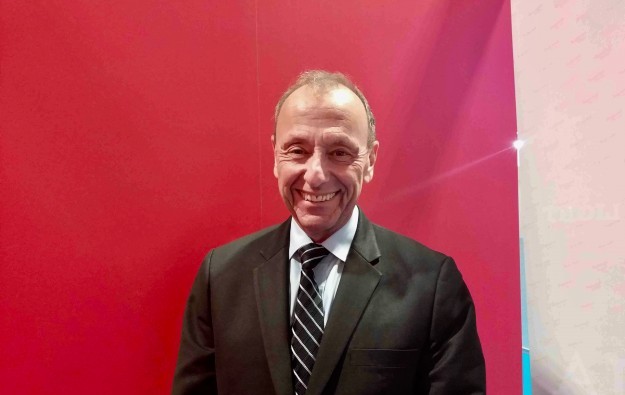 They include an expanding domestic economy, growing tourism, rising investment from China, and the prospect of a casino law to provide the basis for a clear regulatory framework for the industry, he told GGRAsia at the recent Global Gaming Expo (G2E) Asia 2018.

His company offers consultancy on the casino industry, sports betting and technology, public policy, and tourism. Cambodia’s “China-Ready” policy aims to attract 2 million Chinese tourists to the country annually by 2020.

As in neighbouring Vietnam, locals are technically barred from using domestic casinos. Vietnam is flirting with allowing some economically-qualified locals to gamble, but currently mandates a minimum US$2 billion investment for casino businesses to become eligible to take part in a pilot scheme to allow locals to gamble.

Cambodia currently has no such minimum mandatory capital requirement. The country is ripe for international-quality investment outside the monopoly zone of the capital Phnom Penh, said Mr Klebanow. Hong Kong-listed NagaCorp Ltd has the exclusive right to casino operations in the national capital.

“In Poipet… you see 14 or so properties and they are pretty run down, pretty unappealing,” he stated, referring to a Cambodian frontier town serving gamblers coming across the border from Thailand, where casino gambling is illegal.

He added, referring to Australia-listed casino operator Donaco International Ltd, which runs the Star Vegas Resort and Club in Poipet: “Donaco might be the class in the market, but it’s nothing more than a three-star experience.”

Mr Klebanow asserted, referring latterly to the first foreign-backed casino resort built in Macau by U.S. casino operator Las Vegas Sands Corp after market liberalisation there began in 2002: “There is certainly room for an international operator who knows how to build quality, who knows how to operate quality, to go into a market like Poipet or Bavet… and dominate and change the whole gambling paradigm, much like Sands Macao did when they opened up in Macau.” Bavet is another Cambodia border town with casinos, but serving mainly nationals from neighbouring Vietnam.

The GMA executive stated, regarding the monopoly operator in Phnom Penh: “I have been surprised by the success of NagaCorp. They generated US$926 million in GGR [gross gaming revenue] in 2017, and they opened up Naga 2 in November, so the implications for that property are significant.”

In February, Macau junket investor Suncity Group announced it was opening from March onward, a VIP gambling operation at Naga 2.

“I think if you look at the casinos in Poipet, there is no really nice property that could cater to a good, upper middle class Thai gambler: or for a person seeking entertainment. The food product’s not that great; the gaming environment’s not that great,” suggested Mr Klebanow.

For several years, there have been reports that Cambodia is close to publishing and enacting a casino law to regulate the industry.

Financial regulation and enforcement – considered an important element of market infrastructure for international casino operators interested in investing overseas – is said to have improved in some aspects in Cambodia in recent years.

A mutual evaluation report on Cambodia, published in September 2017 by the Asia/Pacific Group on Money Laundering (APG), said Cambodia had made “significant improvements to its level of technical compliance” regarding international standards promoted by the Paris-based Financial Action Task Force (FATF) relating to “criminalisation of money laundering and terrorist financing; customer due diligence; record-keeping; and suspicious transaction reporting”.

But the APG – a financial watchdog with international membership – added that “further improvements in technical compliance are necessary to make Cambodia’s regime effective in the context of serious money laundering threats and vulnerabilities”.

GMA’s Mr Klebanow noted of the Cambodian authorities: “I think they’ve come to understand that if they want to attract international operators, they have to create a very robust gaming regulatory environment. They have to have robust accounting standards; they have to investigate their operators [regarding background], and they have to come up with a fair and reasonable tax rate.”

He added: “My understanding is we might see something by this summer in terms of draft legislation; and what that might look like. And I suspect we will see a [gross gaming] tax rate well under 10 percent.” Several media reports out of the country have suggested the GGR tax might be 4 percent or 5 percent. In Macau the effective tax rate on casino GGR is 39 percent.

Currently Cambodia is reported to levy several taxes on casino operators. The most prominent in terms of public discussion is a system of flat taxes – typically adjusted upward annually – imposed on casino tables and gaming machines.

Siem Reap, a town located near Cambodia’s UNESCO World Heritage site of Angkor Wat, an ancient temple complex, has been looked at by several overseas investors as the possible site for an “integrated resort”. The latter term is typically a euphemism for a casino complex with non-gaming amenities including hotel rooms, shops and meeting space. But a government official was recently quoted saying that “casinos” would not be allowed there.

Another Cambodian tourism destination that appears more welcoming to casino business is the southern coastal resort of Sihanoukville. It is close to the Vietnamese island of Phu Quoc, where several integrated resorts have been built and more are reportedly being planned.

Sihanoukville has hit the headlines recently for the wrong reasons. There have been reports of Chinese organised crime groups – known as triads – fighting for control of small-scale casinos in the city and of live-streaming online casino operations said to be aimed at foreigners outside the country.

Poipet has also seen arrests of Chinese. In March 2016, several dozen Chinese nationals allegedly wanted for crimes in mainland China were among people detained at a casino in Poipet.

In February this year, the Phnom Penh Post newspaper reported that the Chinese Embassy had admitted to some negative issues as an adjunct to Chinese investment in the country. “A small amount of low-educated [Chinese] people break the law in Cambodia,” noted the diplomatic mission.

Notwithstanding that, Mr Klebanow said he “can’t explain the amount of capital that’s going into Sihanoukville right now in terms of hotel and condominium development,” unless it is because some investors think there is a reasonable prospect of getting casino licences there.

“The airport is bursting at the seams and can barely accommodate the flights it has,” he noted.

“One can approach nations that are emerging – like Cambodia – with a certain amount of caution. But labour rates are low, tourism is growing, airlift to the country is growing, infrastructure is improving dramatically year over year, and Chinese investment is very large,” said the consultant.

China has moved one step closer towards reopening, by relaxing some its Covid-19 control measures, with most infected people now able to quarantine at home rather than in state-sanctioned... END_OF_DOCUMENT_TOKEN_TO_BE_REPLACED