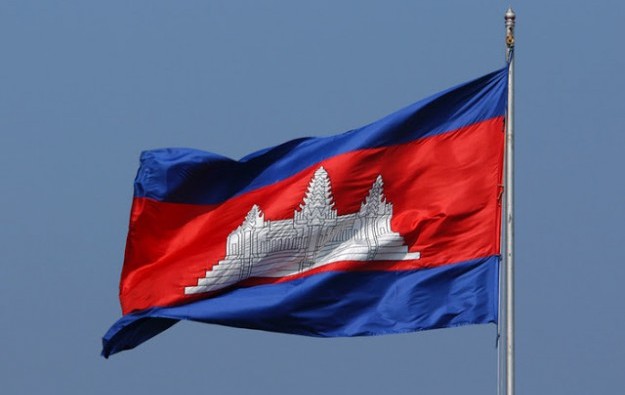 A law to regulate Cambodia’s casino industry – that an official says could be passed this year – is part of a strategy by the Southeast Asia country to attract more gaming investment and more tourists – especially tourists from China.

“When the law is enacted, we will not only be able to double revenue from the [casino] industry but also open the market to direct investment from major investors,” said Ros Phearun, of the Ministry of Economy and Finance, as quoted by the Khmer Times on Wednesday.

According to the report, Mr Phearun mentioned the possibility of interest from Macau and Las Vegas investors – but the Khmer Times did not quote the official directly on the topic.

“We had planned to get approval [for the bill] from the National Assembly in the first half of the year, but we have seen a bit of a delay, so now I hope it will be approved by the end of the year and the tax rate will stay the same as what we impose now,” Mr Phearun was quoted saying.

Tim McNally, chairman of NagaCorp Ltd, which already operates NagaWorld, Cambodia’s biggest casino resort based in the capital Phnom Penh, was quoted recently by Chinese-language newspaper the Hong Kong Economic Journal as saying the proposed law might introduce a 5 percent to 7 percent “gambling tax”. That was understood to be a reference to a tax on casino gross gaming revenue (GGR).

Mr McNally has previously told GGRAsia that his firm currently pays a flat rate tax “based on everything from the number of gaming machines to the tables that you operate” with the amount adjusted annually depending on business performance.

Mr Phearun, deputy director general of the ministry’s finance industry department, told the Khmer Times that the 75 casinos registered as operating in Cambodia during 2015 generated in total US$34.7 million in taxes, up a third from 2014.

For the country’s tourism market as a whole in the January to November 2015 period – the most recent data, published in late January – arrivals increased by five percent year-on-year, to just over 4.2 million.

But Mr McNally told Bloomberg Television in a recent interview that NagaCorp in particular was not purely a China play for investors.

“We are Southeast Asian centred; much of our customer base comes from that part of the world. We have increasing numbers from China and North Asia, but by the same token we are not totally dependent on that growth,” he stated.

The Cambodian government spoke publicly in 2014 of plans to regulate its casino industry. Previous suggested timetables for enactment of the casino bill have been missed.

Rather than being a standalone measure, the Cambodian government’s casino bill is part of a strategy – outlined in what it termed a white paper released at the end of January – that includes a five-year plan to increase the number of tourists from mainland China, so that they make up as much as one-third of all the 7.5 million tourists annually that Cambodia says its expects to welcome by 2020.

Operators in the local tourism industry are already gearing up for more Chinese visitors.

NagaCorp said in a filing to the Hong Kong Stock Exchange in May that China Duty Free Group Co Ltd – a mainland China state enterprise – is to manage a retail operation at NagaCity Walk, a shopping complex NagaCorp is constructing next to NagaWorld.

The imminent return of package tours from mainland China will not only help boost Macau’s tourism businesses, but is also expected to help casinos gain more foot traffic in their mass gaming... END_OF_DOCUMENT_TOKEN_TO_BE_REPLACED