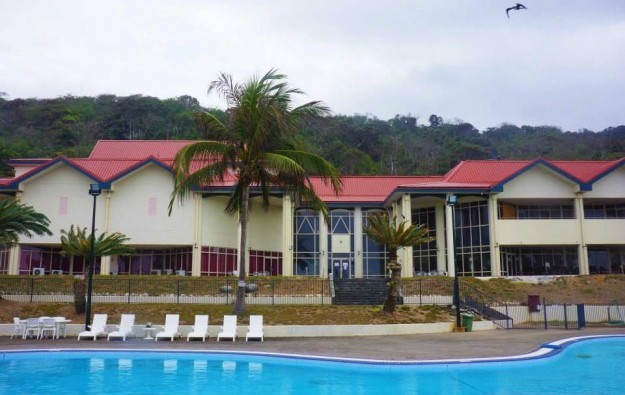 Australia’s Christmas Island would see a boost to its economy if a casino venue there were allowed to reopen, an Australian parliamentary committee said in a report published on Tuesday.

MPs and senators on Canberra’s joint standing committee into Australia’s Indian Ocean Territories – the Cocos (Keeling) Islands and Christmas Island – recommend that the Australian federal government “commit to reopening a casino on Christmas Island and establish the necessary policy, legislative and regulatory frameworks to allow for this without delay”.

The report on economic development also suggested that the federal government’s Department of Infrastructure and Regional Development should “conduct an appropriate process to assess proposals to operate a casino from private sector proponents”.

In May, Christmas Island’s shire president Gordon Thomson called for a casino licence, after the federal government announced it would close down an asylum seeker detention centre on the island. Mr Gordon said a casino would help support the island’s economy in the face of an expected slowdown of activity in its immigration detention facilities and in phosphate mining.

The Christmas Island Hotel and Resort (pictured) was originally opened as a casino in December 1993, but it stopped operating the gaming venue in 1998, citing a number of reasons including cancellation of various Asian air services, management disputes and issues regarding overall profitability. Soft Star Pty Ltd purchased the resort in May 2000.

In 2004, the country’s Minister for Local Government, Territories and Roads announced that the government would prohibit casino operations in the Indian Ocean Territories.

But in Tuesday’s report, the committee concluded there had been “a lack of transparency and accountability” in relation to the decision to prohibit casino operations on Christmas Island, and recommended that the government review its 2004 decision.

The report also stressed the “consistent community support” for the reopening of the casino, which could boost tourism by attracting more Asian visitors and deliver economic and other benefits to the community.

The committee however said the federal government should seek expressions of interest from potential casino operators, which should help determine “whether competitive tender is appropriate in this case”.

Macau’s casino gross gaming revenue (GGR) for the first five days of February is estimated at MOP1.9 billion (US$235.1 million) – or MOP380 million per day – a level that suggests a “45... END_OF_DOCUMENT_TOKEN_TO_BE_REPLACED