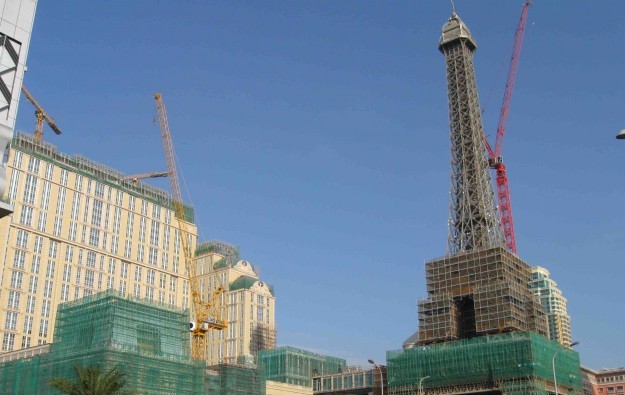 Fitch Ratings Inc says the 2016 opening of two more casino resorts in Macau’s Cotai district will lead to some cannibalisation of business between gaming operators and between individual properties in the city.

“In Macau, 2016 should be relatively stable in terms of the top line, but we expect to see some cannibalisation from new Cotai openings,” the credit rating agency stated in a Tuesday release.

“Softness in the VIP market and further depreciation of the yuan may challenge Macau’s year-over-year comparisons but we do not expect the broader economic slowdown in China to have a material impact on visitation [to Macau],” said Alex Bumazhny, Fitch senior director for gaming, referring secondly to China’s currency.

Casino gaming revenue in Macau has fallen year-on-year for 22 months in a row, linked – say a number of investment analysts – to factors including China’s anti-graft campaign and the softening mainland economy.

Morgan Stanley warned in a Tuesday note that Macau’s casino industry faced a risk of overcapacity in 2017. “Stable demand is facing significant capacity addition (6,000 rooms and 750 new tables) between the third quarter of 2016 and the first quarter of 2017. This could result in either cannibalisation or rise in competition – thus, margin erosion,” analysts Praveen K. Choudhary, Alex Poon and Thomas Allen wrote.

Casino resort launches due on Cotai in the next 12 months include: Wynn Palace; the Parisian Macao (pictured in a file photo); and MGM Cotai. Each is likely to receive 250 new-to-market live gaming tables from the Macau government, according to several investment analysts covering the gaming sector.

The US$4.1-billion Wynn Palace casino resort – developed by Wynn Macau Ltd – had been scheduled to open on June 25, after a plan to launch it on March 25 was dropped. Company chairman Steve Wynn last week said the property was now likely to open in August.

Sands China Ltd’s chairman and chief executive Sheldon Adelson said, on a conference call with investment analysts in January, that his firm was targeting a September opening for the US$2.7-billion Parisian Macao, and perhaps a partial opening in the summer “if the opportunity arises”.

In February, MGM China Holdings Ltd said the opening of its under construction new resort on Cotai would be moved to the first quarter of 2017. MGM Cotai – with a construction budget of HKD24-billion (US$3.1 billion), excluding land costs and capitalised interest – had been scheduled for a fourth quarter 2016 launch.

The stock prices of Hong Kong-listed firms directly linked to Macau casino operations rose in Monday trading, following the Saturday announcement that the six incumbent licensees had each been... END_OF_DOCUMENT_TOKEN_TO_BE_REPLACED