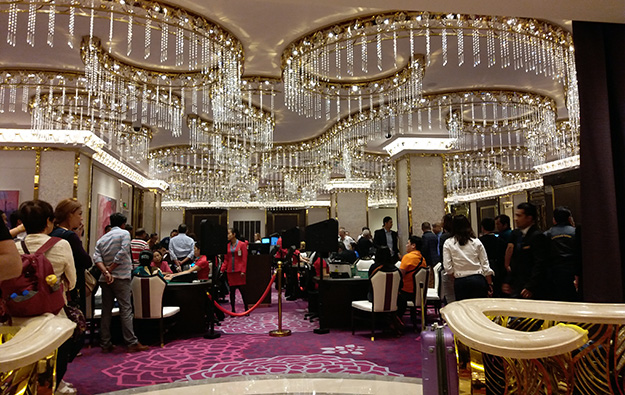 Mr Anderson has been a senior project designer for Steelman Partners since 1991, and has served as the director of Steelman Architecture Asia and as a senior partner in Dalton Steelman Arias and Anderson Interiors.

He is a graduate of the Phoenix Institute of Technology in the United States and brings more than 38 years of experience – in interior and architectural design, including 27 years as a senior project designer – to the position.

Mr Anderson previously spent eight years working in interiors with Atlandia Design as a project designer on developments for the Golden Nugget and Mirage Resort in Las Vegas, Nevada.

Steelman Partners does much of its work in the entertainment, hospitality, resort and gaming industries. The firm is known in the gaming industry in East Asia for its work on a number of high-profile casino resorts, including Sands Macao, a property owned by Macau casino operator Sands China Ltd – whose parent company is U.S.-based Las Vegas Sands Corp – and the second phase of Galaxy Macau, the Cotai flagship property of Galaxy Entertainment Group Ltd.

In Cambodia, Steelman Partners worked on the design of NagaWorld and Naga 2 (pictured) in that country’s capital Phnom Penh. The partnership has also worked on the Grand Ho Tram Strip in Vietnam; Solaire Resort and Casino in the Philippines; and the Imperial Pacific Resort and Hotel on Saipan, part of the U.S. Pacific jurisdiction of the Commonwealth of the Northern Mariana Islands.

Macau casino operator MGM China Holdings Ltd had a “record” market share in January, and its venues were the “highest-earning businesses” in the portfolio of the majority owner MGM Resorts... END_OF_DOCUMENT_TOKEN_TO_BE_REPLACED