Casino at Hyatt Regency Jeju to open on Jan 18 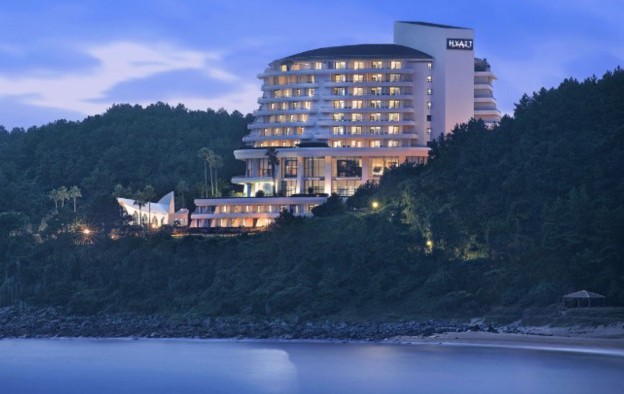 The official opening of the revamped casino at Hyatt Regency Jeju Hotel (pictured), in South Korea, will be held on January 18, Hong Kong-listed Landing International Development Ltd said in a filing.

The foreigners-only casino at Hyatt Regency Jeju Hotel will be operated under the name ‘Genting Jeju’. The venue has 26 baccarat tables, one blackjack table, one tai sai table (a dice game known in Macau as sic bo), one roulette table and 16 slot machines, Landing International said in Thursday’s filing.

“The board considers that the grand opening of the Jeju Casino opens a new phase of the group’s presence and participation in the Korean casino industry,” the firm said.

Landing International has two other casino investments in South Korea. Last month, the property developer said it would acquire the Alpensia casino at Holiday Inn Resort in Pyeongchang for HKD868.7 million (US$112 million). The deal is expected to close next month.

Landing International is also linking with Genting Singapore Plc, another unit of the Genting Group, to build a US$2.2 billion casino resort on South Korea’s Jeju Island, expected to break ground by the second quarter of 2015.

Macau recorded 69,279 visitor arrivals on the sixth day of the Chinese New Year (CNY) holiday period, showed official data. The city welcomed about 384,600 visitors in the first six days of the... END_OF_DOCUMENT_TOKEN_TO_BE_REPLACED