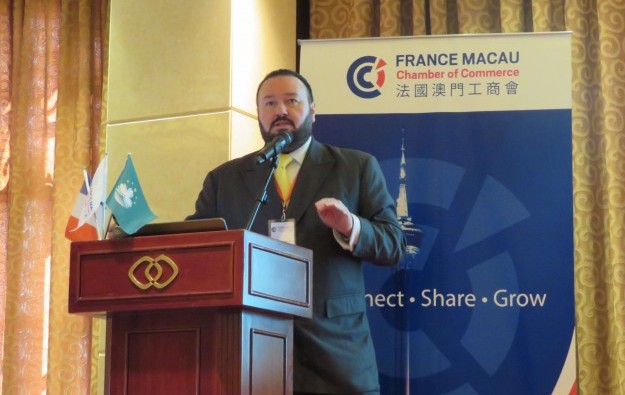 Not all the announced suitors for a Japanese casino gaming licence are addressing effectively the public policy needs of their would-be hosts.

He was speaking to GGRAsia on the sidelines of a breakfast briefing in Macau on Wednesday hosted by the France Macau Chamber of Commerce.

He was referring to those Japanese cities and prefectures that have already expressed interest in applying to that nation’s central government for the right to host a large-scale casino complex – known there as an integrated resort or “IR” – and must find private-sector partners to work with them.

Mr Murray, who chairs gaming and hospitality consultancy Murray International Group, told us: ““Each of the governments has set a very clear request-for-information, request-for-concept process and what they are looking for from the proposals.”

But he added, referring to would-be operating partners: “They are not addressing those questions properly in some cases – so they are emphasising their strengths but they are not giving the Japanese government exactly what they had asked to give them in regards to the type of facilities, the Japanese elements, the cultural elements, etc.”

The consultant noted: “They need to go back and really investigate a bit more, and develop it better.”

Creating a Japan integrated resort industry was not about “liberalising” casino business, but about using Japan’s strengths to create a competent meetings incentives, conferences and exhibitions (MICE) business, said a senior official of the country’s governing Liberal Democratic Party at a conference in Tokyo last year.

Resort plans would need to include provision for an aggregate of at least 100,000 square metres (1.08 million sq feet) of hotel accommodation at each IR complex.

The same cabinet meeting also mentioned that each IR should function as a representation of Japanese culture and as a Japan-wide attraction; and that each should act as a gateway for other forms of tourism in each resort’s hinterland.

Mr Murray told us on the sidelines of his talk – “Japan – the land of the rising integrated resorts” – that some of the suitor operators had “given their opinion on what they think the Japanese government wants: in some cases they are correct; and in other cases they are not…”

The consultant had mentioned during his briefing to members of the French chamber that some casino operators had received “strong comments” from Japanese local governments regarding their respective IR business proposals.

But Mr Murray said there was still time to address any mismatch – between what the industry was saying it could offer and the expectations of Japanese host governments – via a “consultation process going on now”.

Japan’s national government might not start accepting for consideration local authorities’ plans for integrated resorts until January 4, 2021.That is according to a proposal revealed earlier this month by the Ministry of Land, Infrastructure, Transport and Tourism.

Mr Murray also told us on the event sidelines that a Japan casino market would not be a direct competitor for Macau.

“They [the Japanese] are not setting out to compete with Macau. They are very specifically following a Singapore model, which is only 3 percent of the footprint,” Mr Murray remarked to us. He was referring first to Singapore’s regulatory framework for its casino duopoly, and second to Japan’s stipulation that 3 percent of gross floor area of a Japan IR could be for casino use.

“What they are looking for is a fully-integrated resort that offers a very, very interesting tourism attraction with lots of elements that are going to be predominantly non-gaming attractions. That’s what they are going for first. They are not casino-first, which is what Macau has been to a large extent,” Mr Murray told us.

Japan will allow a maximum of three resorts in a first phase of liberalisation, with venues in likelihood dispersed across the whole country, not concentrated like in Macau or Las Vegas.

Only two of Macau’s 18 satellite casinos – the Rio Casino and the President Casino – have closed amid changes to the city’s regulatory system for such properties, and against... END_OF_DOCUMENT_TOKEN_TO_BE_REPLACED