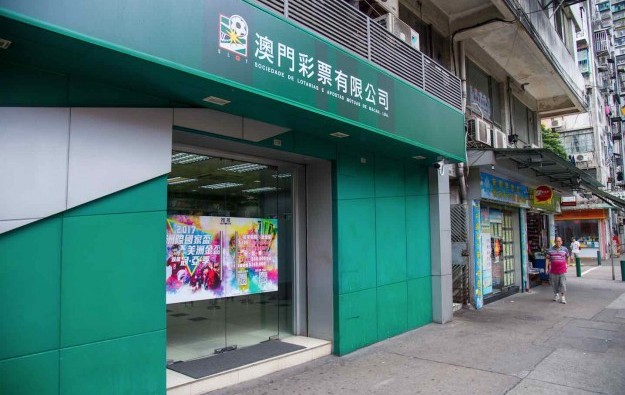 A Wednesday announcement by the Macau government that it was renewing, but on a non-exclusive basis, the rights of the city’s sports-betting concessionaire, Macau SLOT Co Ltd (an outlet pictured), could be a “signal that more operators might be allowed into the sports betting market in Macau in the future,” says academic Wang Changbin, director of the Centre for Gaming and Tourism Studies at Macao Polytechnic Institute.

Macau’s casino operators might – on the basis of non-exclusivity for Macau SLOT – “also be allowed to bring in some kind of sports betting in their mass market” gaming areas, “just as their correspondents in Las Vegas do,” Professor Wang told GGRAsia.

But the academic added that in order to do so, “Macau’s Gaming Law needs to be changed… sports betting will not be allowed in the casinos until the law is revised.”

In March, the city’s government said it would launch, “in the second half of this year,” a public consultation process regarding the revision of the city’s gaming law, which would precede a new public tender for Macau gaming rights. The rights of the six current concessionaires are due to expire in June 2022.

But Macau-based advocate José Alvares, of CA Lawyers, and an expert in gaming-related legislation for Macau, noted to GGRAsia that the concession of Macau SLOT had been made non-exclusive from 2006 to 2009, with no movement in the direction of market competition in sports betting.

The fact that the government decided on non-exclusivity this time, “shows the general line that they want to take on general affairs – public interest above all else,” in terms at least of the principal of non-monopoly, suggested Mr Alvares.

The lawyer suggested that, regarding the possibility of sports betting being allowed in Macau’s casinos – subject to a revision of the Gaming Law – the city’s government was likely to “tread carefully” as it would be another way for the casino sector to “gain a further foothold in the economy”.

Macau has pledged to pursue economic diversification in areas including specialised financial services, as a counterweight to dependence on tourism and casino gambling.

Nonetheless, said Mr Alvares, casinos had the “necessary structure,” including in terms of regulatory compliance, “to undertake such additional activity” regarding sports betting.

Macau SLOT’s concession renewal on a non-exclusive basis would “increase existing speculation that the revised gaming law will allow gaming concessionaires to offer sports betting services,” suggested Bruno Ascenção, of the BBA law firm, and who is another Macau-based lawyer with specialist knowledge of local gaming legislation.

Mr Ascenção suggested that from a public-policy perspective, “it would have been preferable to start by disclosing that sports betting would be made available to other companies, followed by amending the applicable laws,” and only then finalising “the amendment of the relevant concession contract”.

Macau mass-market casino gross gaming revenue (GGR) for the recent Chinese New Year (CNY) holidays could have recovered to at least 60 percent of that for the 2019 break, when the festivities were in... END_OF_DOCUMENT_TOKEN_TO_BE_REPLACED