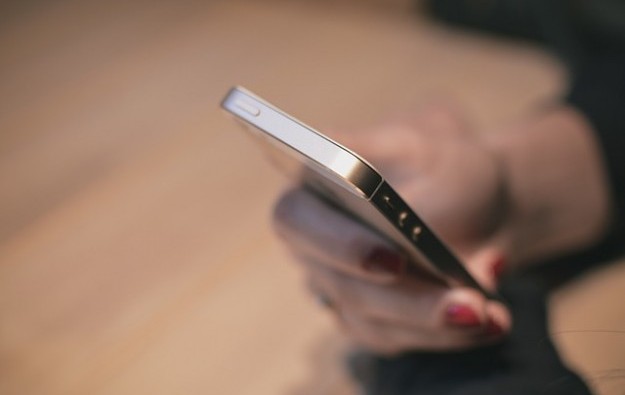 The coronavirus pandemic has been touted in some quarters as an opportunity for bricks and mortar casino operators and their host jurisdictions to re-examine their business practices for a fresh start following widespread shutdowns.

A number of host jurisdictions reliant on land-based casino licensing have reported significant lost public revenue. Macau’s gaming tax take fell 38 percent in the first quarter, according to official data. The gaming sector usually accounts for about 80 percent of the revenue the Macau government collects from all sources.

GGRAsia spoke to a number of people with expert knowledge of the industry about possible options to prevent a future shock to business in Macau and other bricks and mortar casino markets.

Pedro Cortés, a Macau-based lawyer with specialist expertise in gaming business, suggested that even if online-delivered casino gambling was not an option for development as a regulated product in the Macau market – on the basis that the authorities in mainland China do not view such product with “good eyes” and it could not happen in Macau without the central government’s “blessing” – there were other possibilities.

He noted that if some forms of online gaming had been permitted by now via the Macau market – including modern sports books and casino games as had been advocated by a range of voices – the negative impact on Macau-market gross gaming revenue (GGR) wrought by Covid-19 “would be less than what we have today”.

The Macau regulator announced on April 1 that the city’s first-quarter casino GGR was down 60 percent in year-on-year terms at just under MOP30.49 billion (US$3.82 billion) amid the novel coronavirus pandemic, which started to affect the local tourism market just before Chinese New Year in late January. The first quarter numbers were also affected by a 15-day shutdown of Macau casinos. In April, a month when travel restrictions took greater effect, Macau casino GGR fell 96.8 percent year-on-year, taking the aggregate tally for the first four months of 2020 down 68.7 percent year-on-year.

Macau’s Chief Executive Ho Iat Seng said recently that the government was still studying the mid-term review report of the city’s gaming industry – first announced in 2016 – which included an analysis of online gaming.

Mr Cortés says the convergence between bricks and mortar casino operations and online gaming – that has already been embraced in some markets – is already happening due to technological developments, regardless of commercial expediency linked to the global public health crisis.

“If we look at a casino slot hall nowadays it is not so different in terms of the technology used for the online market,” he told GGRAsia.

Mr Cortés is a senior partner at law firm Rato, Ling, Lei and Cortés, which has advised major firms on gaming-related legal topics, including in the Macau market.

He noted regarding so-called “social” casino games – which can involve some form of reward other than a cash prize: “If the approach is to have a social casino, without cash win, then new business models could take place.”

“For instance, and I am giving the example of Macau… we could get points to spend in our daily life. Why not?” He says such an idea has also been voiced by the casino operators.

The lawyer added: “There’s a huge amount of possibilities out there and in the case of Macau, it seems that some of these issues should be considered or we may lose the epithet of gambling capital of the world and in a few years the casinos that we have will be museums instead of gaming and entertainment destinations.”

Moody’s Investors Service Inc said in a recent report that the Covid-19 pandemic would in likelihood spark further tie-ups among gambling businesses, especially between companies that run land-based facilities and online operators. The current shutdowns of bricks-and-mortar business in many jurisdictions would be likely to bring home to the casino industry the need for such diversification, suggested the ratings agency.

Shaun McCamley, who has held senior executive positions with casino enterprises across the Asia Pacific region, believes that for some regional markets at least, the role of so-called proxy gambling – whereby someone not physically present in a casino can make a bet via a representative or “proxy’ – has been made more relevant due to the Covid-19 crisis.

This is on the basis that it can tick the boxes for “social distancing” as players can make their bet either by telephone or via online communication. Advocates of proxy betting as a casino product also argue it can easily be monitored effectively for anti-money laundering purposes and other due-diligence considerations, because play is transacted in a licensed gaming venue.

There has nonetheless been regulatory resistance in some markets to live streaming of casino games via licensed gaming studios, and of proxy gambling in casinos. An instruction from Macau’s casino regulator in May 2016 spelled out proxy play would no longer be permitted.

Mr McCamley, managing partner at consultancy Euro Pacific Asia, noted to GGRAsia there were other options including social casino.

“Provided there isn’t any prize or payout schedule social casino is not considered to be gambling,” he explained. “In most first-world jurisdictions ‘gambling’ requires the presence of three elements: consideration, chance and some sort of prize. Players bet on the outcome of an uncertain event to win a larger amount.”

Mr McCamley added: “Social games are not gambling, if they eliminate one of the three elements. Stick to that basic requirement and government will have no issue. Given how much money is being raked in by social casino sites it won’t take governments long to wake up to the fact that they are missing out on significant revenues.”

Estimates vary regarding the aggregate annual revenue value in U.S. dollar terms of regulated online gambling products and markets. There is general agreement it is in the many billions and probably growing.

Canada’s the Stars Group Inc – which controls the PokerStars online poker brand – said in an April preview of its first-quarter results that it expected “record” revenue of approximately US$735 million, up 26.7 percent from US$580 million a year earlier. It said that would be due to “increased customer activity” for online poker and casino games, “largely beginning in March”.

The U.S. state of Nevada closed all its casinos with effect from shortly before midnight on March 17, and they remain shuttered, along with many gaming venues across the United States. This week it was reported some non-gaming facilities in Las Vegas Strip casinos, namely restaurants, were being allowed to reopen.

Even when gaming comes back in various markets, it is likely to be at significantly-reduced capacity for safety reasons. The Stars Group said it expected it would record increased activity in its online poker and casino business during the second quarter. Macau’s land-based casinos were closed for only 15 days during the crisis, but have had few customers in past weeks due to various travel restrictions.

“One thing that is certain under the coronavirus era is that the biggest beneficiaries are the illegal operators, both bricks and mortar and online,” he added. “Governments should use available resources to curtail these illegal activities that are difficult to quantify because they have no reporting mechanism.”

Mr Bussmann further stated: “Should governments choose to regulate the online market, they should use best practices from other jurisdictions that already conduct online gaming and allow only suitable operators – that desire to operate in strictly-regulated environments – into the market.”

Macau’s casino gross gaming revenue (GGR) for the first five days of February is estimated at MOP1.9 billion (US$235.1 million) – or MOP380 million per day – a level that suggests a “45... END_OF_DOCUMENT_TOKEN_TO_BE_REPLACED