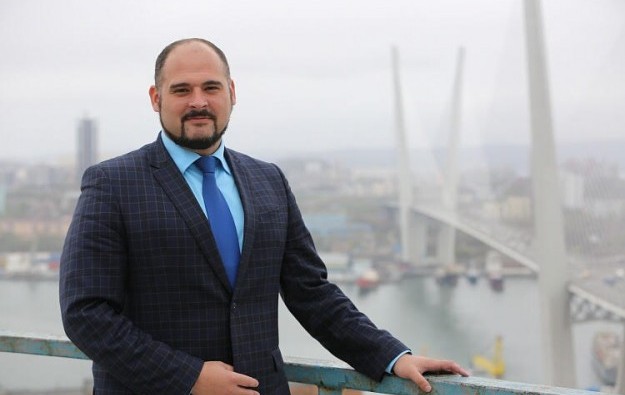 The creation of an entertainment area encompassing several casino resorts is a “very important” step to boost tourism numbers in Primorsky Krai in the Russian Far East, said Konstantin Shestakov (pictured), director of the Department of Tourism of the Primorsky provincial government, in an interview with GGRAsia.

Gambling in Russia is legal in only four special regional zones, namely in Altai, Krasnodar, Kaliningrad and Primorsky. The latter is host to the Primorye Integrated Entertainment Zone (IEZ), a casino development area located 50 kilometres (31 miles) from Russia’s Pacific port city of Vladivostok. The IEZ occupies 619 hectares (1,530 acres), and about a dozen properties are envisaged for the first stage of the zone’s development, covering 263 hectares.

“The IEZ is a very important project to attract more tourists to the Russian Federation, specifically to the Primorsky region,” said Mr Shestakov in his comments to us recently.

He added: “This is a vital project for us for several reasons: attracting foreign investment; engaging more foreign companies; diversifying our tourism offering; developing transport infrastructure; and increasing the number of hotel rooms.”

The official said additionally that the operators of the casino resorts in the IEZ were also “likely to help attract more tourists” from Primorsky’s main visitor source markets, such as mainland China, South Korea and Japan. “That would help make Primorsky widely recognised at an international level,” stated Mr Shestakov.

Tigre de Cristal, developed by Hong Kong-listed Summit Ascent Holdings Ltd, is currently the only casino resort in operation in the Primorye IEZ. The first stage of the scheme opened in 2015 and the company is now working on the property’s expansion.

All of the venues planned for the first phase of the Primorye IEZ as a whole, should be in operation by 2025, with the companies expected to invest an aggregate amount of at least US$2.70 billion, according to information provided by the government-owned company overseeing the development of the IEZ, the Primorsky Krai Development Corp (PDC). Aside from casinos, private companies have committed to provide investment for a series of non-gaming elements, including water parks, theme parks, ski slopes and entertainment arenas.

Mr Shestakov said that the number of visitors to Primorsky had “doubled in the last two or three years”. “The increase is not very significant in actual numbers, but is very encouraging,” he added.

The Primorsky region welcomed 643,996 visitors from overseas in 2017, a 13.3-percent increase from the previous year, according to official data. More than 421,000 visitors originated from mainland China.

According to figures provided to GGRAsia, Primorsky received 626,044 foreign visitors in the first nine months of 2018, up 21.0 percent from the prior-year period. Mainland Chinese tourists accounted for more than half of the aggregate number of visitors in the January to September period, at 353,220. Visitors from South Korea more than doubled in the period, to 175,170.

“We are hoping to have seen an increase in the aggregate number of visitors for 2018,” Mr Shestakov told us. “We expect the biggest increase to be in the South Korean market, namely due to better accessibility to the region for Koreans, with better infrastructure, more flights from South Korea and promotional activities with South Korean companies.”

The official said the Department of Tourism expected a marginal increase in the aggregate number of Japanese tourists in full-year 2018. “We want to improve that, and we are working with companies and tourism bodies in Japan to promote our region in a more effective way,” he stated.

Mr Shestakov said his office would also boost its efforts to expand in other markets, making use of the electronic visa regime, a Russian immigration initiative designed to promote inbound tourism.

“We are paying attention to other markets, especially to take advantage of the simplified visa regime for a total of 18 countries,” said Mr Shestakov, naming India, Iran and Singapore as examples. “Taking into account that we have two big tourist hubs nearby – in Seoul and Beijing – we can organise some interesting tours with transfers in these cities, when engaging further-away destinations,” he added.

The official also mentioned the advent of cruise ships, which are finding Vladivostok a “more popular” destination. Mr Shestakov said the tourism office has reached agreements “for about 20 cruise ships to dock in Vladivostok in 2019,” including vessels operated by Costa Cruises and Royal Caribbean.

In 2019, the Vladivostok airport will also be handling more flights from mainland China, South Korea, and Japan, as well as the first direct flight between Vladivostok and Vietnam, said the tourism boss.

According to Mr Shestakov, the inclusion of casinos gives resort operators the opportunity to keep reinvesting in the diversification of Primorsky’s tourism sector.

“We have a close cooperation with the existing investors in the IEZ. We always invite them to take part in our promotional activities across Asia, and we collaborate to create a more enticing offering,” the tourism boss told GGRAsia.

He explained: “We hope to build strong cooperation ties with all the companies and bodies promoting tourism in the Primorsky region, but gaming operators have the opportunity to cooperate with other companies to boost the market, like junket operators, in order to attract some VIP customers.”

Aside from the expansion of Tigre de Cristal, there are currently three casino resorts being developed at the Primorye IEZ. A scheme by Hong Kong-listed casino operator and developer NagaCorp Ltd is the furthest along, with construction scheduled for completion this year and a 2020 opening.

The other projects are a property promoted by Shambala CJSC, a Russian firm; and a casino resort promoted by Russia-based Diamond Fortune Holdings Prim LLC, which first phase should open in September 2020.

Mr Shestakov believes that the more casino resorts are built in the Primorye IEZ, the better it will be to help expand consumer demand.

“We are interested in providing the best possible conditions for all investors, including [casino] operators,” he stated. “The existing conditions that we offer to casino operators are not supposed to be changed at least until 2025, when all of the resorts at the IEZ should be in operation.”

The stock prices of Hong Kong-listed firms directly linked to Macau casino operations rose in Monday trading, following the Saturday announcement that the six incumbent licensees had each been... END_OF_DOCUMENT_TOKEN_TO_BE_REPLACED