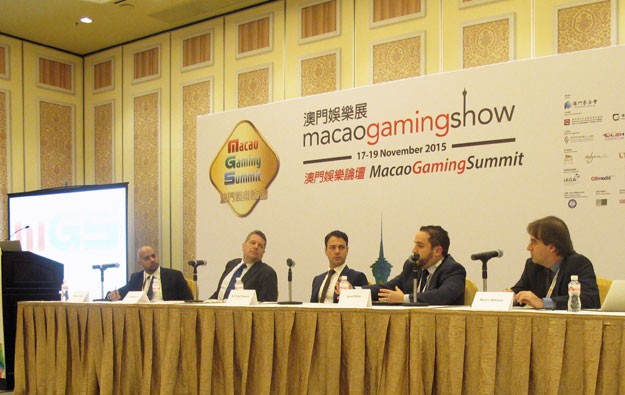 For casino clusters – groups of gaming properties in the same place – to work there must be a strong market close by, supplying a high volume of visitors, a conference session of Macao Gaming Show 2015 heard on Thursday.

“If you look at Macau, there is a kind of local market” from mainland China, said David Rittvo, vice president of international development for The Innovation Group. “The Philippines has a decent local market – the casino has some decent visitation from the local market – but the hotel and non-gaming amenities are actually getting a stronger percentage of visitation,” said Mr Rittvo.

He added: “There is really the need for a local market to sustain a cluster of casinos.”

“Access to a market is essential” to sustain casinos, said Mr Shepherd, but added that without the right access and conditions it is difficult to create a sizeable cluster. He added that there are only a few markets in Asia where the large-scale resorts that exist in Macau would work.

Mr Rittvo said he believed the scale of the integrated resorts that were built in Macau could possibly work in “Japan – Tokyo and Osaka; in South Korea … and maybe Taiwan”.

South Korea’s government is poised to issue up to two new licences this year for so-called integrated resorts. The deadline for submissions under a request for proposal process, being organised by the country’s Ministry of Culture, Sports and Tourism, is November 27.

Japan and Taiwan are still debating whether to legalise casino gambling. Residents on Taiwan’s outlying island chain of Penghu will reportedly vote again early next year on whether to allow casinos in that administrative area, which is a county under Taiwan’s local government system.

Macau and Singapore are often studied as models of gaming development by regional jurisdictions either considering legalising casinos or wanting to expand the industries they already have.

“The biggest achievement of Macau was that it was able to create the right balance in terms of regulations,” said Rui Pinto Proença, partner at Macau-based MdME Lawyers.

“Macau provided enough supervision for other jurisdictions to be comfortable with their operators coming to Macau but at the same time it provided enough flexibility for operators to expand their business,” Mr Proença said during the conference.

“Regulation is an ongoing process that needs to keep evolving. But it does not mean that what works here, works in other jurisdictions,” he said, adding that regulations have to be adapted to local circumstances.

The specifics of such regulation depend on the market and the goals of the authorities, according to the panel.

“In some markets, if the desire is to stimulate economic growth, create jobs and increase inbound tourism, then they will have a licence structure and tax regime that allows a casino to come in and develop,” said Mr Rittvo.

In terms of regulations and expertise, “Macau offers an enormous amount of international experience,” said Martin Williams, Asia editor for Gambling Compliance. “In that regard, Macau deserves one of many slaps on the back for the standards it eventually produced,” he added.

Most of Macau’s casino operators are likely to generate positive free cash flow in the first quarter, given the robust recovery level of mass-market gross gaming revenue (GGR) in January, relative... END_OF_DOCUMENT_TOKEN_TO_BE_REPLACED