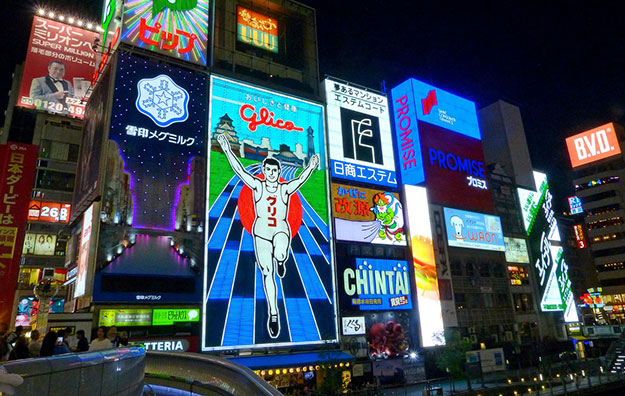 Japanese brokerage Nomura says that if Osaka is successful in its respective bids to hold the World Expo 2025 and to host one of Japan’s first casino resorts, that would have a “positive impact” on the economy of the Japanese city.

“A win for both the World Expo bid and the casino licence would be expected to… have a positive impact on Osaka’s economy,” analysts Daisuke Fukushima, Kentaro Maekawa and Atsushi Yoshioka wrote in a report.

They added: “This would likely stimulate redevelopment around Yumeshima, and benefit companies with real estate in the area and Osaka-based construction companies. We also believe that drawing more foreign visitors to the area would increase the stability and growth prospects for the many hotels already being developed in the area.”

Yumeshima – or “Dream Island” in English – is an artificial island in Osaka’s Konohana Ward. The local government has earmarked the area to welcome the World Expo 2025 if Osaka’s bid to host the event is successful. A decision by the Bureau International des Expositions on the World Expo 2025 host is scheduled for November 23. Contenders include: Osaka in Japan; Baku in Azerbaijan; and Ekaterinburg, in Russia.

“If Osaka wins its bid, it would mark 55 years since the city hosted Expo ‘70, and this major international event would be expected to help stimulate business activity in Japan after the 2020 Tokyo Olympics,” noted the Nomura analysts.

“Osaka Prefecture and the City of Osaka are also angling to get Yumeshima selected by the Japanese government as one of the three areas to be awarded integrated resort (casino) licences,” the brokerage added.

Referring to the locations for the first three such venues to be permitted in Japan in the initial liberalisation phase, the institution added: “It is still undecided as to where the integrated resorts will be and when they will open, but the prevailing view is that they will open around 2024-25, and Osaka is viewed as a leading candidate.”

Osaka has consistently voiced support for accommodating an integrated resort. Up to three such venues will be permitted at yet-to-be determined locations across the country under a first wave of liberalisation.

Reuters reported in August that “at least” eight casino firms are courting Osaka as a site for a casino resort. Executives from 11 casino companies met with Osaka’s governor for “courtesy calls” 25 times between 2012 and May 2018, according to Reuters, citing prefectural records.

An Osaka casino would need to generate US$4 billion a year in order to produce a 14-percent annual return on a US$8-billion investment, banking group Morgan Stanley suggested in a July report, mentioning some concerns about how much regulation and red tape might be imposed on the industry at national and local level.

Macau mass-market casino gross gaming revenue (GGR) for the recent Chinese New Year (CNY) holidays could have recovered to at least 60 percent of that for the 2019 break, when the festivities were in... END_OF_DOCUMENT_TOKEN_TO_BE_REPLACED