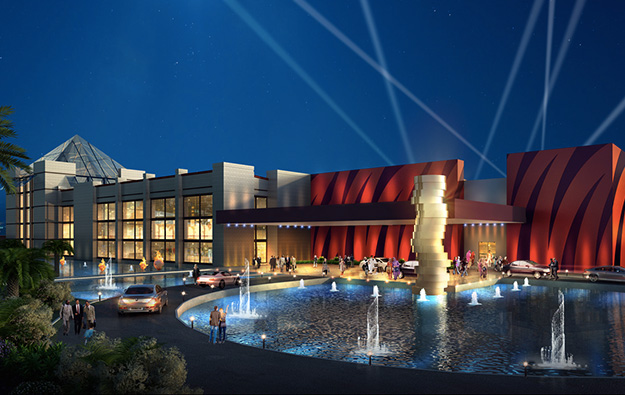 Silver Heritage Group Ltd, an operator of casinos in Nepal and Vietnam, has applied for an AUD25-million (US$18.7-million) initial public offering ahead of a proposed listing – possibly on August 29 – on the Australian Securities Exchange.

“Funds will primarily be used for development of Tiger Palace Resort, the first integrated resort built for Indian casino players located in Nepal close to the Indian border,” said a press release issued on Wednesday on behalf of the company. It added Tiger Palace (pictured in an artist’s rendering) would be launched in “early 2017”.

“The indicative market capitalisation of the company post-listing is approximately AUD80 million,” noted the statement.

Under the prospectus, Silver Heritage Group is offering 62.5 million ordinary shares in the company at an offer price of AUD0.40 per share.

“With only six licensed live table casinos in India and only three licensed casinos operating in Nepal, all of which are located in Kathmandu [the Nepalese capital], Silver Heritage Group will have a significant market advantage through its flagship Tiger Palace Resort,” said the press statement.

“Over 430 million Indians live within a day’s drive of the Nepal border,” added the release.

It also quoted Deepak Bohara, Nepal’s Minister for Labour and Employment, as saying: “We welcome Silver Heritage Group’s investment in Tiger Palace Resort as it will create new jobs and generate significant revenue for our country.”

According to Wednesday’s release, the company has had operations in Nepal since 2012. It says it made a successful application for a licence to operate The Millionaire’s Club and Casino in Kathmandu in early 2015.

Silver Heritage manages the Phoenix International Club near Hanoi, in Vietnam, which is one of only seven licensed casinos in Vietnam, according to the firm’s website.

“We understand the regulatory frameworks of the markets in which we operate, and our approach to best practice compliance is to go beyond industry standards,” said Mike Bolsover, the group’s chief executive, as quoted in the release.

“We focus on mid-size opportunities and improving operating performance to best practice standards. This strategy has allowed us to build significant expertise and local knowledge while growing profitability and generating attractive returns on capital,” added Mr Bolsover.

He said the company had been encouraged to list on the Australian Securities Exchange “as a result of the market’s depth of understanding for gaming stocks”, citing as examples of Australia-listed firms the casino operators Crown Resorts Ltd and The Star Entertainment Group Ltd, and Australian gaming services firm Tabcorp Holdings Ltd.

Silver Heritage Group was founded in 2003 and currently also runs electronic gaming operations in casinos in Laos and Cambodia.

The company non-executive chairman is David Green, a former gaming regulator in Australia, and who advised the Macau government on gaming policy for more than a decade.

Macau’s casino gross gaming revenue (GGR) for the first five days of February is estimated at MOP1.9 billion (US$235.1 million) – or MOP380 million per day – a level that suggests a “45... END_OF_DOCUMENT_TOKEN_TO_BE_REPLACED