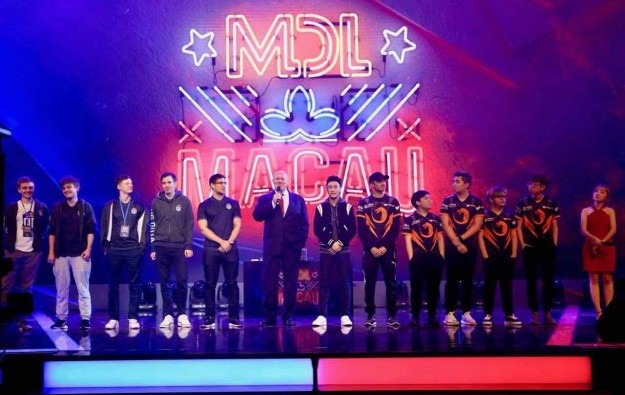 Macau venue the Grand Lisboa Hotel, run by local casino operator SJM Holdings Ltd, was the title sponsor for the launch on Friday of a three-day international e-Sports event in Macau.

A press release from the casino firm described it as “the first international e-Sports competition held in Macau,” with nine teams of contestants.

The MDL Macau Dota2 International Elite Invitational – an offline event – was due to be held at the University of Macau, according to a website detailing the tournament, and was described on the website as having a prize pool of US$300,000.

Ambrose So Shu Fai, chief executive of SJM Holdings, said in a prepared statement in the casino operator’s press release: “E-Sports is an emerging industry with huge growth potential and global viewership. Macau is put in the limelight with this major e-Sports tournament, which we believe will further benefit the development of the city’s tourism and leisure business.”

The firm added in the release: “Formally recognised by China as an official sports programme, the e-Sports industry has seen rapid growth in recent years. The viewership of e-Sports in China is increasing and is gradually catching up with that of traditional sports.” The document added that China’s top e-Sports finals in 2016 had attracted 43 million viewers.

Last week Davis Fong Ka Chio, the director of the Institute for the Study of Commercial Gaming at the University of Macau, who is also an advisor to the Macau government and an appointed legislator, said that competitive video games, also known as e-Sports, could be a useful addition to the non-gaming offering of Macau’s casino resorts, and help to attract younger customers to casinos.

Macau-based casino operator Galaxy Entertainment Group Ltd was the title sponsor of an e-Sports event held from August 25 to 27 at its Cotai property Broadway Macau. Another e-Sports event, “GIRLGAMER2017 Esports Festival”, was held from late August to early September at Studio City in Cotai, a property promoted by Melco Resorts and Entertainment Ltd.