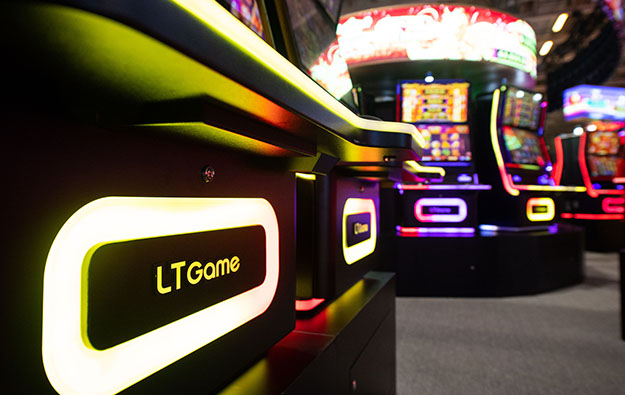 Macau-focused casino equipment maker Paradise Entertainment Ltd has returned to profit, announcing a full-year net profit of HKD58.2 million (US$7.4 million) for 2018 on revenues that grew to HKD1.16 billion, the latter a 15-percent increase compared to 2017.

The turnaround was announced after the Hong Kong Stock Exchange closed on Tuesday evening and follows a loss amounting to HKD30.7-million in 2017 and HKD380.4 million in 2016.

In a statement reporting its results for the year ended December 31, 2018, Paradise Entertainment – which produces gaming equipment under the LT Game brand – said adjusted earnings before interest, taxes, depreciation and amortisation increased by 429 percent to HKD120.7 million.

The company said sales of electronic gaming equipment and systems were up by 289 percent year-on-year to HK$88.7 million, driven by orders from newly-opening casinos and mandatory upgrades to live gaming machines – a trend that will continue this year, it said. The reference to mandatory upgrades was understood to refer to regulatory changes required for machines operating in the Macau market.

Paradise Entertainment also operates gaming floors and manages gaming operations in several Macau satellite casinos under the concessionaire system. That is the case at Casino Waldo, run under the Galaxy Entertainment Group Ltd licence, and Casino Kam Pek Paradise under an arrangement with SJM Holdings Ltd. Both casinos are on the Macau peninsula.

Paradise Entertainment managing director and chairman Jay Chun said the improvement was due to a combination of targeting the mass-market segment and Macau’s improving infrastructure and attractions.

“The paradigm shift of the Macau gaming industry from VIP to mass has been observed citywide, including the two mass- focused casinos under our management,” he noted in prepared remarks in the statement to the Hong Kong Stock Exchange. “In particular, Casino Kam Pek Paradise has gained increasing popularity among mass-gaming patrons. The abundance of live gaming machines in the casino offers a more affordable way of gaming for mass-market visitors who might not have otherwise been able to experience in other casinos’ traditional tables.”

The company said it saw solid replacement demand for electronic gaming machines last year primarily due to changes in technical standards by the Gaming Inspection and Coordination Bureau or DICJ. It has planned a number of new releases this year, it added.

“Looking ahead, the group remains cautiously optimistic while we continue to seek expansion opportunities,” Mr Chun said. “In view of the group’s cash position with a low gearing ratio, we are actively exploring opportunities in the gaming technology space.”

The company has announced a final dividend of HKD0.025 cents a share.