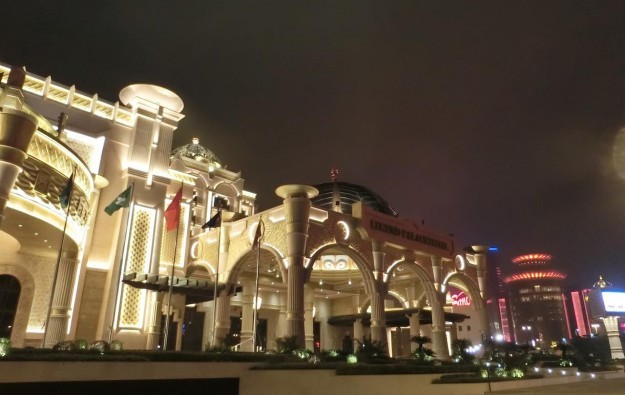 Mr Chow previously told GGRAsia that the 223-room Legend Palace (pictured) would launch with up to 66 live-dealer gaming tables, with at least 46 of them earmarked for mass play.

Speaking to media on the sidelines of an event on Saturday, the businessman – a former Macau legislator – said he had hoped that – under the Macau government’s table cap – his company could have obtained 30 new-to-market gaming tables for Legend Palace. As a gaming services business, Macau Legend does not hold Macau table quota in its own right, but instead must rely on the quota of one of the existing Macau casino operators. It currently collaborates with SJM Holdings Ltd.

The Macau government said last week it was granting 15 new-to-market gaming tables – all earmarked for mass play – to the new hotel.

The newly-granted gaming tables, plus the reassignment of gaming tables from other Macau Legend properties, should “suffice” for Legend Palace’s operations, Mr Chow remarked to media on Saturday.

Macau’s six casino operators have welcomed “the timely unveiling” of key aspects of a bill proposing a new regulatory system for gaming that will shape how the industry looks for years ahead.... END_OF_DOCUMENT_TOKEN_TO_BE_REPLACED