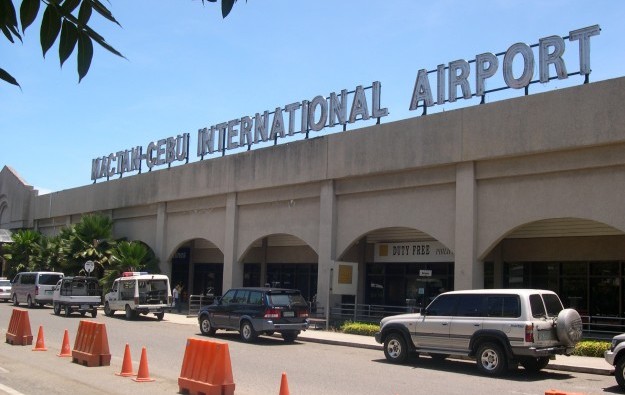 The Philippines’ President Benigno Aquino on Monday attended a ground breaking ceremony for a new airport facility being built on the holiday island of Cebu.

The scheme involves the creation of an international passenger terminal building at the Mactan-Cebu International Airport and the renovation of the existing terminal (pictured). The latter would be converted into an exclusively domestic facility, reported the Philippine Star newspaper.

The country’s Department of Transportation and Communication said the construction of the new terminal would be completed by 2018 while the renovation of the existing terminal is slated to be finished in 2019.

In April, a company called Sino-America Gaming Investment Group LLC told GGRAsia it planned to invest up to US$650 million on building a mass-market casino resort at Mactan – an islet linked by bridge to Cebu, and 15 minutes by car from the airport. The firm added it hoped to open the property by 2017.

In March, SM Investments Corp, a Philippines conglomerate controlled by the family of billionaire Henry Sy, appeared to play down a report that it was planning a casino project on Cebu.

Tourist arrivals in Central Visayas – a region of which Cebu is part – went up 16 percent in 2014, to 4.03 million visits according to the country’s Department of Tourism. A total of 2.40 million arrivals, or nearly 60 percent of the total, were domestic travellers.

Meanwhile, a lack of quality airport facilities in Manila and the time it takes to transfer to other locations in Metro Manila have been cited as possible barriers to the growth of Manila’s casino sector, which is chiefly marketed to overseas tourists.

In May, in a filing to the Philippine Stock Exchange, San Miguel Corp, the country’s biggest conglomerate, said it was interested in taking part in developing a new airport for the capital on land close to a major road called the Manila-Cavite Expressway. It has been suggested that such a location might reduce transfer times for casino tourists – even though the proposed site is further away from Manila’s core casino district, Entertainment City.

Bloomberry Resorts Corp chairman Enrique Razon said earlier this month he would be willing to invest in a new international airport in Manila to boost tourism in the country. Bloomberry Resorts is the operator of the Solaire Resort and Casino, the first of four integrated resorts under the Entertainment City master plan.

The Philippine Star reported that the Cebu airport project is the first public-private partnership linked to airport infrastructure that has been undertaken by the Aquino administration.

Airport concessionaire GMR-Megawide Cebu Airport Corp was awarded the work after making a premium bid of PHP14.4 billion (US$319.3 million). Operation and maintenance of the airport was turned over to the concessionaire last November.

Macau casino operator MGM China Holdings Ltd had a “record” market share in January, and its venues were the “highest-earning businesses” in the portfolio of the majority owner MGM Resorts... END_OF_DOCUMENT_TOKEN_TO_BE_REPLACED