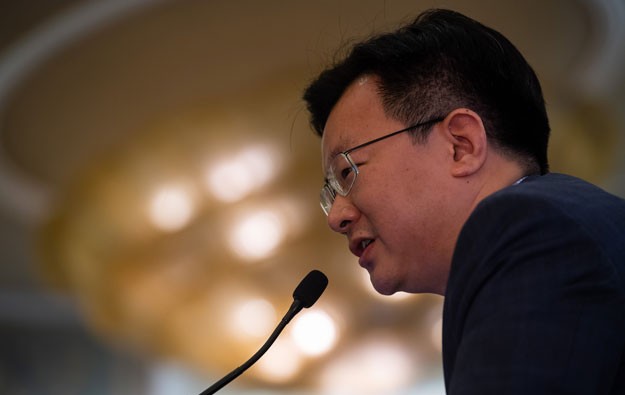 Mr Lee, a former executive with the Malaysian casino brand Genting, is understood to have left Hong Kong-listed Landing International in January.

Mr Lee had been appointed as the chief operating officer of Landing International in March 2016, having been the chief executive of Landing Jeju Development Co Ltd, a subsidiary of the Hong Kong-listed parent. Prior to joining Landing International, Mr Lee worked at the then Genting Singapore Plc for more than 10 years. He held several management roles at the firm’s Resorts World Sentosa casino resort in Singapore.

Landing International currently runs and promotes a casino resort complex – Jeju Shinhwa World – on the South Korean holiday island of Jeju. GGRAsia has approached the company seeking a statement regarding Mr Lee’s departure but had not received a reply by the time this story went online.

In a February filing, Landing International flagged a likely net loss for full-year 2018. The firm said at the time that such anticipated loss was linked to factors including the “absence of approximately HKD657 million [US$83.7 million] profit” from discontinued operations relating to a lighting business in mainland China and of gaming business in the United Kingdom. The latter was understood to be a reference to the 2017 disposal of Les Ambassadeurs Club and Casino, an upmarket gaming venue in London.

In August, Landing International had reported that its first-half 2018 profit leapt to HKD280.6 million compared to nearly HKD48.6 million in the first half of 2017. Such year-on-year improvement was helped by the ramping up of business at Jeju Shinhwa World, where the casino is open only to foreigners, said the firm.

In late August the share price of the firm plummeted after the group said it had lost contact with its chairman, mainland Chinese businessman Yang Zhihui. Only in a filing in late November did Landing International confirm the entrepreneur was back at work, saying he had been “assisting a relevant department of the People’s Republic of China with an investigation during the period of his absence”.

The Philippine Amusement and Gaming Corp (Pagcor) told GGRAsia it has not yet received “any proof of compliance” from Suncity Group Manila Inc, which would allow the company to regain its... END_OF_DOCUMENT_TOKEN_TO_BE_REPLACED