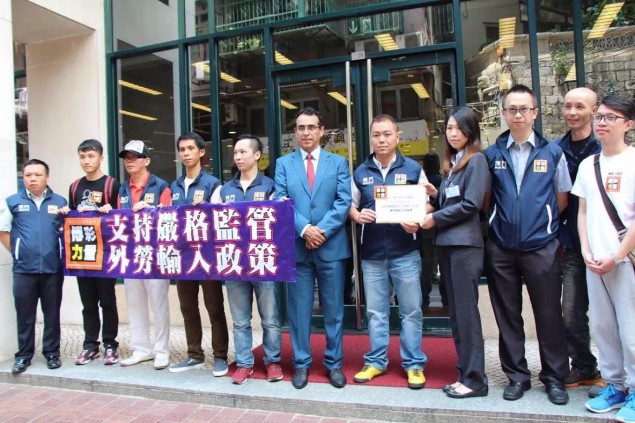 A gaming labour group in Macau says it is open to the idea of keeping smoking lounges on the main floors of the city’s casinos, provided that the government sets tough technical standards for such facilities to ensure that smoke is kept away from casino workers.

“We’ve heard concerns from some [association] members that a full smoking ban [inside casinos] can really further affect the earnings of casinos, especially the VIP rooms, and in turn impact employment,” Mr Lao told us.

“So if the government can spell out clearly a set of high standards for smoking lounges that can effectively keep away the diffusion of smoke and monitor it well, we can accept it,” Mr Lao added.

According to Mr Lao, his group currently has approximately 1,700 members, mostly working on table games in the city’s casinos.

According to the fourth quarter Survey on Manpower Needs and Wages – Gaming Industry, published by the Statistics and Census Service, a total of 24,619 workers in Macau are classified as “casino dealers”.

The labour group had made similar comments on Friday on the sidelines of a public event in Macau. That event was to petition the government – with support from local legislator José Pereira Coutinho (pictured, centre) – to maintain the government’s ban on using non-Macau ID holders as casino dealers.

Smoking on casino main floors in Macau is currently only allowed in airport-style enclosed smoking lounges that do not contain any gaming tables or slot machines. Having a cigarette while gambling is at present still allowed in VIP rooms. Power of the Macao Gaming Association didn’t express an opinion on the status of smoking in VIP areas.

Macau’s Secretary for Social Affairs and Culture, Alexis Tam Chon Weng, told reporters last month that the government was open to discussing the possibility of  keeping smoking lounges in the city’s casinos. But the government would first assess the opinions of members of a Macau Legislative Assembly working committee that is scrutinising the city’s revised tobacco control bill, Mr Tam had noted.

A majority of that committee, a body known as the second committee of the Legislative Assembly, has expressed support for the retention of smoking lounges on casino main floors: it also supports the setting up of new smoking lounges where main floors don’t yet have them.

The committee will on Tuesday resume discussion on the revised tobacco control bill.

But two other local labour groups that GGRAsia spoke to – Forefront of Macao Gaming and Macao Federation of Trade Unions – say that they still are in favour of banning completely any smoking inside the city’s casinos.

“We are still in favour of a full smoking ban because we don’t think the ban against smoking will impose a huge impact on casinos’ income, and we are not confident in the government being able to conduct effective monitoring over the smoking control compliance [inside casinos],” Ieong Man Teng, president of Forefront of Macao Gaming, told GGRAsia.

A global shortage of computing microchips is currently the biggest challenge for gaming machine manufacturers, says businessman Jay Chun (pictured in a file photo), president of the Macau Gaming... END_OF_DOCUMENT_TOKEN_TO_BE_REPLACED