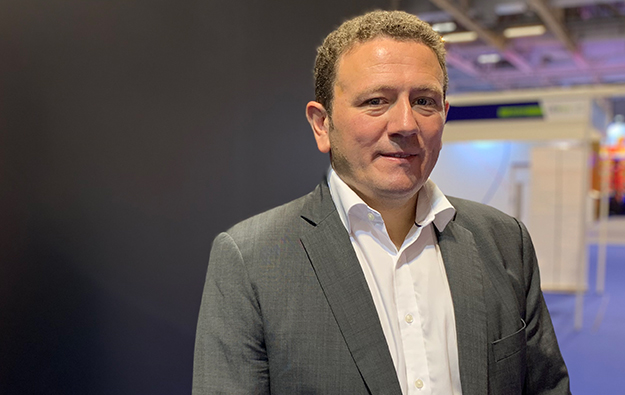 Asia-based casino logistics provider TKHS Group has plans to increase its reach to other parts of the world. So says the firm’s executive director, Samuel Wilson.

“I see us really transforming from an Asia-centric company into a true global company,” Mr Wilson (pictured) told GGRAsia in an interview. That follows the firm’s debut in Australia, and its involvement in casino projects in Cyprus and a non-gaming development in California in the United States.

“We need to think what we need to do to get there,” he said, referring to global expansion.

“There are certain investments we need to do, and we need to get the right people in place. But that is really the direction I see it going in,” Mr Wilson added.

Mr Wilson established TKHS in 2013. The firm is a logistics service provider for the gaming and hospitality industries, with offices in eight locations. All save one are casino jurisdictions: Macau, the Philippines, Vietnam, mainland China, Hong Kong, South Korea, Australia and Singapore. The group has about 200 staff; Macau, the Philippines and Australia are currently its main markets.

TKHS provides logistics management for both pre- and post-opening phases of casino properties. The latter includes refurbishment and remodelling of venues. The firm’s work ranges from cross-border trucking and international freight services to customs clearance and onsite installation services.

Prior to establishing TKHS, Mr Wilson worked for Las Vegas Sands Corp’s operations in Asia. He was involved in logistics management for Venetian Macao in Macau’s Cotai district and for Marina Bay Sands in Singapore.

He told GGRAsia one of his firm’s areas of expertise was to provide specialised logistics support in developing countries. “That is the kind of place where we can make a difference: a country where people struggle to get things in and get things done.”

Logistical challenges in developing countries often include liaison with customs for the transport of casino equipment, Mr Wilson stated. “Often the rules are not very clear, especially when gaming is something new to the country.”

Mr Wilson told GGRAsia his firm had been busy in recent years in establishing a presence in Australia. TKHS recently was appointed a logistics service provider for the Crown Sydney casino-hotel project, currently under construction in Barangaroo, Sydney, New South Wales. The property is being developed by Australia-based operator Crown Resorts Ltd.

“We have also had some hotel projects in Sydney,” the TKHS executive said. “There is a huge market in Australia, there is a lot going on not only for gaming, but also just general hospitality.”

In Europe, TKHS is providing logistics support to casino operator Melco International Development Ltd. The latter enjoys a monopoly licence from the Republic of Cyprus and is developing a series of properties there. Its flagship City of Dreams Mediterranean casino is expected to open in 2021.

Back in Asia, TKHS has provided services to Gongzi Jeju Casino, a property that opened in 2017 on South Korea’s holiday island of Jeju. TKHS is now eyeing potential business opportunities involving the casino projects being developed in Incheon, near South Korea’s capital Seoul, respectively by U.S.-based operators Caesars Entertainment Corp and Mohegan Gaming and Entertainment.

TKHS has additionally done work for non-gaming projects in Singapore, including for the iconic Raffles property. Mr Wilson said the firm was looking to get involved in the city-state’s gaming sector, following the announcement earlier this year of expansions at Singapore’s two casino resorts.

“Japan is out there but for us it is too early,” Mr Wilson added, in reference to the ongoing process to legalise casino operations in that country. A number of observers say the first gaming property in that market is likely to open in 2025 at the earliest.

Other markets in Asia that TKHS is looking at include Cambodia and Vietnam.

Busy in the Philippines

The Philippines is currently the biggest market for TKHS in terms of work volumes. The firm has provided logistics services for the development of several casino resorts in Entertainment City, in the country’s capital Manila. Those have included City of Dreams Manila and Okada Manila.

“What we are seeing now is a lot of developments outside of Manila: in Cebu, in Clark, that is where we are quite busy right now,” Mr Wilson said.

In addition, TKHS is also involved in the provision of ongoing logistics services for properties already in operation in the Philippines, including for food and beverage supplies and laundry.

In Macau, Mr Wilson said the casino market was currently facing “a lull” in terms of new project development, which had had an impact on TKHS’ trajectory. “[Business] was growing the last few years. I would say this year it has stabilised,” Mr Wilson told GGRAsia.

He added: “A lot of the operators are thinking about, with the licence renewal process coming up in 2022, how to improve their properties; so, I foresee that in 2020 and 2021 there is going to be a wave of new work coming through.”

Mr Wilson explained that there was already “strong demand” for the services provided by TKHS regarding refurbishment projects for existing casino properties in Macau. “Most of these refurbishments are happening within operational buildings: work is done floor by floor, area by area, which means actually the logistics are very important and clients need someone to manage it professionally.”

To support operations in Macau, TKHS set up in 2017 a warehouse facility on Cotai. The firm is also looking at increasing usage of warehousing in mainland China to control costs.

Asked about how the Hong Kong-Zhuhai-Macau Bridge, opened last October, was helping operations at TKHS, Mr Wilson said so far the impact had been limited. “Most of the cargo that comes into Hong Kong – whether sea freight or air freight – still comes on feeder barges overnight [to Macau],” he explained.

“It would be good if we could do more road transport, as it is also more flexible: as soon as the shipment arrives, you can get in on a truck and bring it over to Macau.”

TKHS includes among its clients the majority of the casino operators in Macau. The firm has been involved as a logistics service supplier in several of the latest resort projects being developed on Cotai, such as Studio City, Wynn Palace and MGM Cotai.

Casino operator Melco Resorts and Entertainment Ltd announced on Thursday that it would launch at the end of June a new, themed zone for “family-friendly” entertainment at its majority-owned... END_OF_DOCUMENT_TOKEN_TO_BE_REPLACED