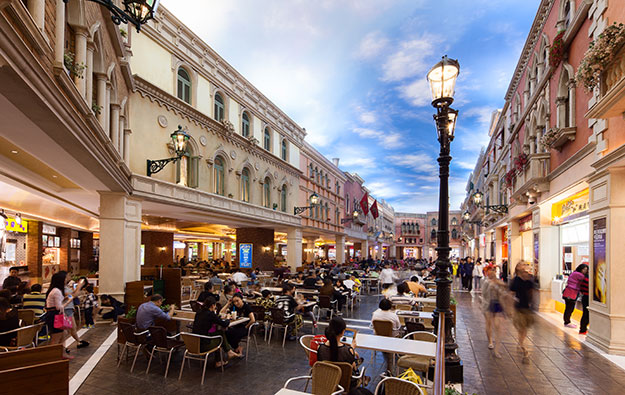 Macau’s casino sector has met a non-gaming revenue target five years ahead of the city government’s deadline, according to data compiled by the city’s Statistics and Census Service.

In Macau’s Five-Year Development Plan – a package of policies and initiatives covering the period 2016 to 2020 published last year – the city’s government stated that non-gaming revenue within Macau’s casino sector should account on average for at least 9 percent of all revenue generated by Macau operators by 2020. A report from the statistics department on Friday indicated the goal had already been achieved by the end of 2015. That year, non-gaming accounted for 9.39 percent of overall revenue in the casino sector.

The information is contained in a statistics bureau document mapping Macau’s efforts to promote economic diversification, and uses data featured in the annual reports of the city’s six casino concessionaires and their related listed entities. The bureau’s collated information indicated Macau’s casino sector generated direct non-gaming revenue of MOP15.25 billion (US$1.91 billion) in 2015, a figure that was flat in year-on-year terms. It represented 6.2 percent of the casino sector’s overall revenue for the period, said the statistics service.

When adjusting the non-gaming data to include services provided to customers free of charge or at discounted rates – usually booked by casino operators as internal transactions – the bureau concluded non-gaming revenue actually stood at MOP23.91 billion in 2015. That accounted for the 9.39 percent number regarding overall adjusted non-gaming revenue generated by the casino sector in that year, the report stated.

In 2015, adjusted non-gaming revenue actually declined by 5.4 percent from the previous year; however, the much faster decline rate of gaming revenue in the same period – a decrease of 34.3 percent year-on-year – benefited the relative weighting of non-gaming in the sector’s overall adjusted revenue.

In previous comments, executives of Macau-based casino operators already had expressed confidence in achieving the government suggested target for non-gaming revenue. But brokerage Sanford C. Bernstein Ltd noted in a November report that non-gaming would “never be a significant component of Macau industry revenues.”

The adjusted figures compiled by Macau’s statistics bureau show that hotel services were the main non-gaming revenue contributor for the casino sector in 2015, with a weighting of 41.17 percent regarding overall adjusted non-gaming revenue. The food and beverage segment came in second, at 23.37 percent; followed by retail, at 22.38 percent.

The decision by the Macau government to grant fresh 10-year licences to each of the city’s six incumbent casino operators has been welcome by top management at those firms. Each of the concessions... END_OF_DOCUMENT_TOKEN_TO_BE_REPLACED