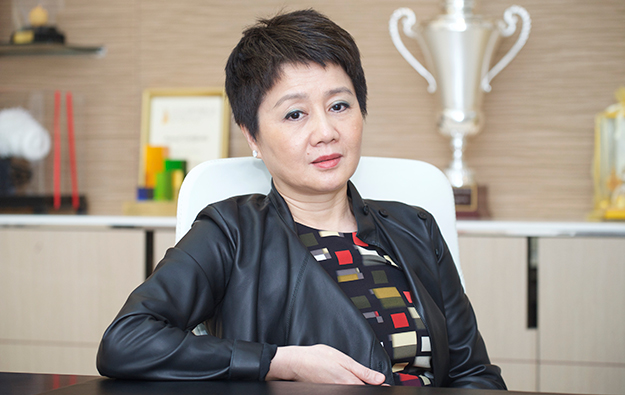 Angela Leong On Kei (pictured), an executive director of Macau-based casino operator SJM Holdings Ltd, said on Sunday that her firm was not mulling bidding for a gaming business in Japan, as the company was currently fully focused on its Macau operations.

“We have not considered that yet. Because we need to do well on our Grand Lisboa Palace project now, as the project is in full swing,” Ms Leong remarked to reporters, referring second to the firm’s under-construction Cotai scheme. Her comments came after an appearance on a Sunday television programme called “Macau Forum” hosted by public broadcaster TDM’s Chinese-language television channel.

In 2014, when Japan seemed on the verge of legalising casino gaming – a feat finally achieved in December last year – it had been reported SJM Holdings was one of the firms with Macau casino operations that was interested in entering the Japanese market.

Sunday’s discussion programme looked at the possible impact on Macau of Japan’s move to establish a casino industry. Brokerage CLSA Ltd has estimated that eventually a Japanese casino industry could generate US$40 billion or more in annual revenue, Bloomberg recently reported.

“There will not be a huge impact [on Macau]; especially by 2020, or 2022, when Macau’s casino industry will have already entered a new phase,” Ms Leong commented during the talk show.

Casino legalisation in Japan is a two-statute process. After approval of the enabling bill legalising casino resorts at the conceptual level, a second piece of legislation must now be passed, detailing the specifics, including how casinos are administered and regulated.

Macau’s Secretary for Economy and Finance, Lionel Leong Vai Tac, said last month that the city’s government was keeping a close watch on the casino industry introduction process in Japan. He noted at the time that the local authorities are assessing how to ensure Macau’s gaming industry remains competitive once Japan enters the market.

SJM Holdings’ Ms Leong noted during the talk show that her firm was confident regarding the prospects for the casino industry in Macau; but she believed that the Macau government should consider adjusting the gaming tax of the city in order to help the industry to “develop better”.

Macau currently levies an effective tax rate of 39 percent on casino gross gaming revenue (GGR) – 35 percent in direct government tax, and the remainder in a number of levies to pay for a range of community good causes.

In January 2015, Secretary Leong said the government would only look into a potential change in gaming tax rates after the “mid-term review” of the gaming industry, the results of which were published in May 2016.

“We hope to open the property [Grand Lisboa Palace] by the end of 2017 or early 2018. We have to complete our tasks at hand well at the moment,” the SJM Holdings executive stated. She also noted that Jai Alai – adjacent to SJM Holdings’ property Oceanus on Macau peninsula – might open before the Chinese New Year holiday this month, subject to the necessary Macau government approvals.

Grand Lisboa Palace is due to be completed in 2017, according to previous company statements.

Macau’s casino gross gaming revenue (GGR) for the first five days of February is estimated at MOP1.9 billion (US$235.1 million) – or MOP380 million per day – a level that suggests a “45... END_OF_DOCUMENT_TOKEN_TO_BE_REPLACED