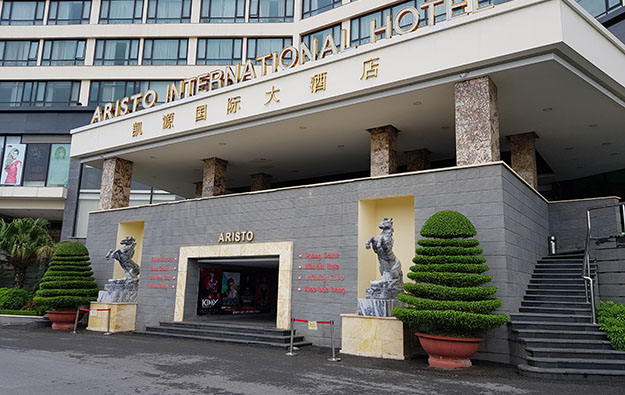 Australia-listed Donaco International Ltd, an operator of a border casino in Cambodia and another in Vietnam, says it is in the “final negotiation stages” for appointing a new chief executive.

It added in a Wednesday filing to the Australian Securities Exchange that it was “working closely with management to ensure continuity of company operations and minimal impact on day-to-day business activities”.

Paul Arbuckle was to step down as company chief executive on Tuesday (August 4), according to a July 31 filing from the group. The firm confirmed his departure in its latest filing.

Donaco had said in early June that outgoing CEO Mr Arbuckle would remain in post on a “month-to-month” basis beyond his originally planned June departure, in order to help the firm make a “smooth transition” to a new CEO.

Donaco runs casino hotel properties in Indochina: Star Vegas Resort and Club at Poipet on Cambodia’s border with Thailand; and Aristo International Hotel (pictured in a file photo) and its associated casino at Lao Cai on Vietnam’s border with China.

On Monday, the firm had said a person previously identified as one of the Thai vendors of Star Vegas Resort and Club when Donaco acquired the Cambodian border casino for US$360 million in 2015, had joined the Donaco board as a non-executive director. Lee Bug Huy had – with others on the vendors’ side of the equation – previously been in litigation with the Donaco group.

Macau’s health authorities said on Sunday that they would require all people wishing to enter the city’s casinos not only to have their body temperature measured and to display a... END_OF_DOCUMENT_TOKEN_TO_BE_REPLACED