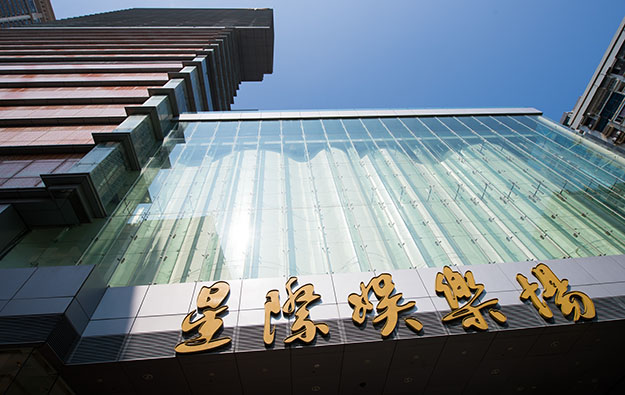 Macau casino operator Galaxy Entertainment Group Ltd on Wednesday posted a profit of HKD10.50 billion (US$1.34 billion) for full-year 2017, up 67.2 percent from the prior year. The 2017 profit improvement was supported by an increase in gaming revenue, said the company.

Group revenue for the period was up 18.2 percent year-on-year, to HKD62.45 billion, the firm said in a filing to the Hong Kong Stock Exchange.

The company declared a special dividend of HKD0.41 per share for the year, to be paid on April 27. It is in addition to the two special dividends of HKD0.26 and HKD0.33 per share already paid during the 12 months.

“Our focus on operational execution in general and growing our mass and premium mass businesses specifically has been rewarded [in 2017],” said Galaxy Entertainment’s chairman Lui Che Woo in a statement included in a separate press release.

There are additionally three so-called “City Clubs” in the peninsula, functioning under Galaxy Entertainment’s casino licence but managed by third parties.

Galaxy Entertainment said it experienced “bad luck in its gaming operations” during 2017, which decreased its adjusted EBITDA by approximately HKD37 million.

Galaxy Entertainment said it finished the year on a positive note, as its fourth quarter adjusted EBITDA increased by 40 percent year-on-year and 18 percent sequentially, to HKD4.2 billion. The firm said it “played lucky” in the three months to December 31, which contributed HKD52 million to its adjusted EBITDA in the fourth quarter.

The property’s adjusted EBITDA margin for 2017 was 25 percent, compared to 22 percent in the prior year.

The property’s adjusted EBITDA margin for 2017 was 21 percent, compared to 18 percent in the previous year.

Broadway Macau – which does not offer VIP gambling – recorded mass gaming revenue of HKD262 million, down 42 percent from a year earlier.

The group’s third-party managed City Clubs contributed HKD107 million of adjusted EBITDA to group earnings in 2017, according to Wednesday’s filing.

The group said it had cash and liquid investments amounting to HKD41.4 billion and net cash of HKD31.7 billion; with group debt of HKD9.7 billion as at December 31.

“Our stable cash flows combined with a strong balance sheet provides us with great flexibility in funding our development pipeline and international expansion opportunities,” said Mr Lui, as quoted in the release.

The firm’s expansion plans include Phases 3 and 4 of Galaxy Macau, and the development of a casino resort in the Philippines. Galaxy Entertainment has also declared itself a contender for a Japanese casino licence.

The year 2024 is still the targeted start date for operation of a five-star hotel and casino complex at the Westside City Project (pictured in an artist’s rendering) in Manila, the Philippine... END_OF_DOCUMENT_TOKEN_TO_BE_REPLACED