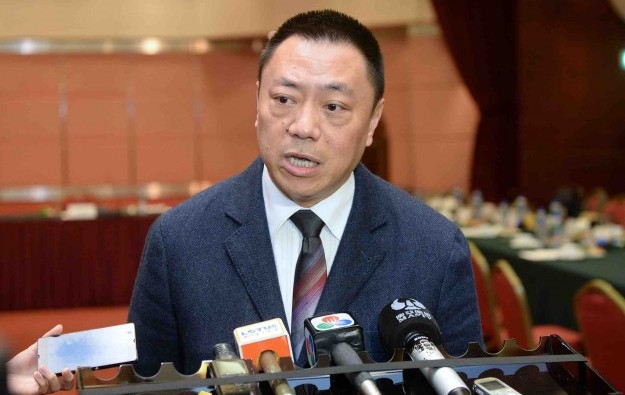 Macau’s Secretary for Economy and Finance, Lionel Leong Vai Tac (pictured), said the government does not want casino operators to force employees to take unpaid leave. His comments were made after it was reported that some operators are encouraging staff to take leave following the Chinese New Year holiday last month.

“We require gaming operators to provide more vocational training and not force employees to go on unpaid leave,” Mr Leong said, according to public broadcaster TDM.

“We want them [casino operators] to pay a salary while they [employees] are being trained, as this can boost employees’ upward mobility,” he was quoted saying.

Hong Kong newspaper The Standard on Thursday reported that casino operator Wynn Macau Ltd was encouraging staff to take no-pay leave for the first time since 2008. It cited a text message sent to an employee of the firm that said there was “a few quota left for no-pay leave or annual leave from March 9-15”.

“Like all operators during seasonally quieter periods, we encourage our team members to take vacation time, whether paid or unpaid,” a spokesperson for Wynn Macau told GGRAsia.

Labour costs for Macau casino operators are expected to grow this year as companies gear up for new property openings and to hire thousands of workers.

Average earnings of Macau’s full-time gaming employees in December, excluding bonuses and allowances, rose by 8.2 percent year-on-year to MOP20,680, with resident and non-resident employees earning an average of MOP20,700 and MOP20,330 respectively.

Full-time employees in the gaming industry totalled 57,757 at the end of the fourth quarter of 2014, an increase of 3.5 percent from a year earlier, according to the latest Statistics and Census Service’s Survey on Manpower Needs and Wages of the Gaming Sector.

As new casinos are set to open this year, job vacancies in the sector fell to 841 as of December 31, down by 1,145 year-on-year. Vacancies for dealers dropped notably by 83.1 percent, showed the official data.

There were 25,752 dealers in the city’s casinos as at the end of 2014, up by 2.0 percent from a year earlier. Dealers – a position open only to Macau permanent residents – accounted for 44.6 percent of all employees in the gaming industry, the figures showed.

The average monthly earnings for dealers at Macau casinos increased by 7.7 percent year-on-year to MOP18,000 at the end of December.

Macau recorded 965 “gaming-related” crimes in full-year 2022, down 29.7 percent on the 1,372 identified in the previous year, according to the latest statistics published on Tuesday by... END_OF_DOCUMENT_TOKEN_TO_BE_REPLACED