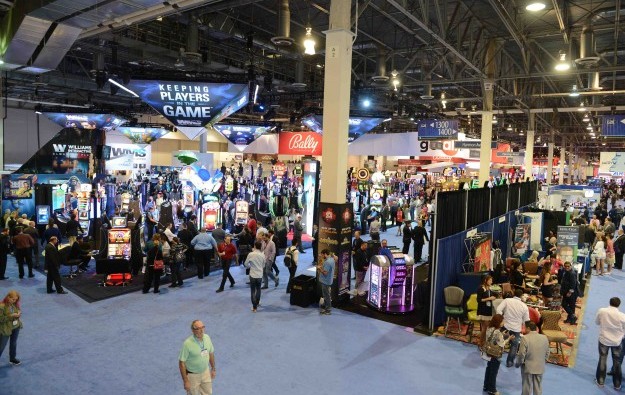 Technology budgets of gaming manufactures are likely to remain pressured in 2016, says a new report from Wells Fargo Securities LLC, adding that it expects a solid line-up of new products at this year’s Global Gaming Expo (G2E), but not “any radical new technology”.

There are “muted expectations” around new technology and games ahead of the G2E casino industry trade show that begins in Las Vegas on September 29, said analysts Cameron McKnight and Robert J. Shore. The Wells Fargo team said in its note that it met in recent weeks with “numerous” managers in casino slot operations and key decision makers on technology.

“We expect to see [at G2E] a host of new games based on hit film titles and TV sitcoms, consistent with the last few years. However, casino operators we’ve canvassed believe there’s already an overabundance of film/TV sitcom titles,” said the brokerage’s analysts.

But they added: “We think operators would prefer a more balanced offering this year, with more unlicensed and Asian-oriented games. We have seen such titles perform well in recent years, including Scientific Games’ (formerly SHFL) 88 Fortunes title under the Duo Fu Duo Cai progressive link.”

A new title for the Duo Fu Duo Cai link series of slot games – designed specifically for Asian markets and that have proven popular in Macau – was launched in October. The game was designed by SHFL Entertainment Inc, which was acquired by Bally Technologies Inc in 2013. In November 2014, Bally – along with Shuffle Master’s brands – was absorbed into Scientific Games in a deal valued at US$5.1 billion.

“Aristocrat’s premium games – including Sons of Anarchy, Britney Spears and Big Bang Theory – all received high praise from operators. Aristocrat, which is known for its robust game math, is now offering a solid new cabinet and strong title line-up as well,” said the brokerage’s team.

They added: “Operators generally had positive things to say about Scientific Games’ Tablemaster Fusion product, which we think is seeing increased floor installations.”

The analysts said they expect increased placement of electronic table games, “serving as a bridge to millennial customers”, a reference to twentysomething consumers and those in their early 30s.

The Nevada Gaming Commission in Las Vegas approved last week regulation changes allowing the use of skill-based and arcade-like features on slot machines. Slot machine games can now be developed and submitted for approval within Nevada that implement “physical skill, dexterity, knowledge and strategy, and awards can be paid accordingly, allowing greater flexibility in payout percentages”.

“Skill-based gaming has been a hot topic in the gaming equipment industry. However, manufacturers are taking a measured approach to investing in skill-based titles,” said the Wells Fargo analysts.

They added: “Obstacles are some regulatory uncertainty, and determining the ultimate revenue model. In particular, we think manufacturers and operators are trying to determine the optimal mix of skill and randomness in game payouts.”

Macau casino operator MGM China Holdings Ltd had a “record” market share in January, and its venues were the “highest-earning businesses” in the portfolio of the majority owner MGM Resorts... END_OF_DOCUMENT_TOKEN_TO_BE_REPLACED