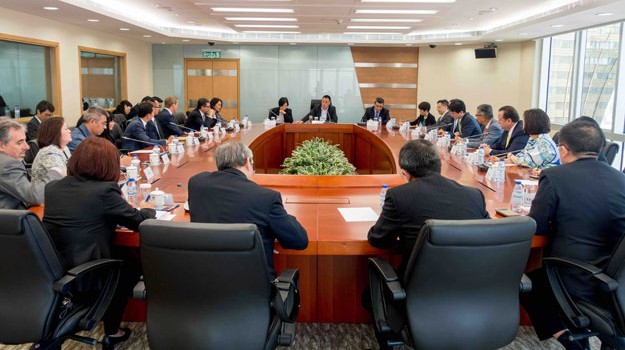 Macau’s Secretary for Economy and Finance, Lionel Leong Vai Tac, said the city’s gaming operators should “enhance” supervision of VIP promoters that operate in their casinos. Mr Leong, who oversees gaming policy in Macau, met with representatives of the six casino concessionaires and sub-concessionaires on Friday.

Mr Leong said the Macau government would keep supporting the development of the gaming industry, while continuing to improve gaming legislation to better regulate the sector, including junket operators. Casino operators “must also enhance supervision over gaming promoters,” he stressed, according to a government statement.

The official also said in the statement that a solid monitoring system would help the gaming industry optimise its management structure and lead to a healthy and sustainable development of the sector.

The meeting comes on the heels of an alleged fraud that rocked the Macau VIP gambling segment a fortnight ago. Macau junket operator Dore Entertainment Co Ltd, which operates VIP facilities at Wynn Macau, has confirmed it had been a victim of internal fraud by a former employee.

As of September 16, complaints made to police from those claiming to be investors in the cage operations of Dore involved at least HKD330 million (US$42.6 million).

At Friday’s meeting, the gaming operators stressed that they are complying with government policy, namely investing more in non-gaming elements, supporting local suppliers and providing on-the-job training for employees.

According to the statement, the casino operators’ representatives voiced some of their difficulties, such as the shortage of human resources, the regulatory regime for junkets, and fewer customers. The operators also urged the government to keep an open channel of communication and to do more promotion activities overseas in order to attract more tourists to Macau.

Several people claiming to be investors in the cage operations of Dore have made repeated public calls for help from the authorities to enable them to withdraw cash deposits placed with the junket operator.

It is common for junket operators in Macau to raise capital for their rolling chip programmes by offering private investors above-market interest rates for their deposits. Some media reports claim Dore was offering a 2 percent per month interest rate. Capital raised from such exercises is then typically used to extend credit to VIP players, most of whom come from mainland China.

On Friday, Macau’s gaming regulator, the Gaming Inspection and Coordination Bureau, said in a statement that under the territory’s Financial System Act only credit institutions “which have been duly constituted and authorised” may operate a business involved in accepting deposits and other repayable funds from the public.

The bureau additionally said that under Administrative Regulation No. 6/2002 – which regulates the conditions and procedures of issuing a licence to a gaming promoter – junket operators must submit information about any administrator and shareholder holding capital of the company equal to 5 percent or above for a “suitability check”.

“Any shareholder or administrator that has not been subject of the suitability check by the government, will not be legally recognised,” said the gaming regulator.

A Philippine lawmaker says public opinion on Philippine Offshore Gaming Operators (POGOs) would be an important factor when he and colleagues draft a Senate committee report on the economic and... END_OF_DOCUMENT_TOKEN_TO_BE_REPLACED