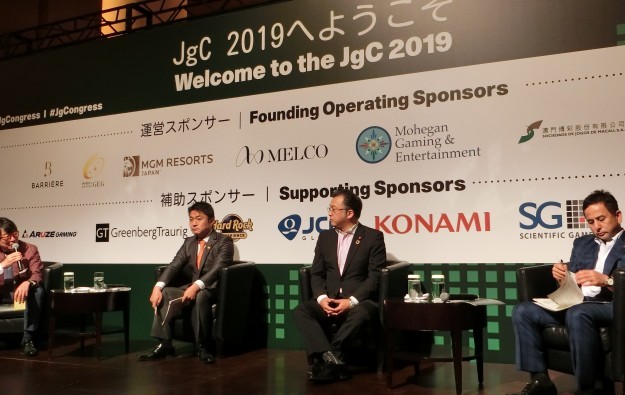 The fact Japan casino licences will need to be renewed every three years under arrangements currently proposed, could amount to a business risk, said a panel of local parliamentarians at the Japan Gaming Congress in Tokyo on Thursday.

At the same event, casino entrepreneur Lawrence Ho Yau Lung had mentioned that successful bidding consortiums might need to spend more than US$10 billion on such venues.

The lawmaker panel at the conference discussed the latest developments in gaming legislation for Japan and their likely impact on preparations for so-called integrated resorts or “IRs”.

“The casino supervision commission that grants the [casino] licence renews it every three years. And renewal is not fully guaranteed. So in terms of business sustainability, that will be an issue for financial institutions that are making investments in the casinos,” Mr Kakizawa said during the conference session. The panellists’ comments were in Japanese and simultaneously translated.

Mr Kakizawa cited the case of Osaka. The city and prefectural governments there have jointly declared a desire to host an integrated resort and have already moved to the request-for-concept phase with would-be investors.

“In 2025, it [Osaka] is trying to open an integrated resort. So they’ll have to apply for it this year or 2021… Suppose it [such resort in Osaka] is opened in 2025. In three years’ time they will have to get a [licence] renewal. By that time it’s possible that a totally different [national] government will be in place,” Mr Kakizawa said.

“This issue has to be cleared [up] to give comfort to the investors and financial institutions because it could be a risk,” Mr Kakizawa noted.

The panelists agreed that Osaka was currently heading the race for Japan’s first integrated resort licence.

“In Osaka, although some people oppose the idea of bringing IRs, overall as a local government, we have a consensus,” said Osaka-native Mr Urano.

“As soon as there is progress on the national government side, Osaka is 100 percent sure that it can move this forward,” he added.

Mr Urano’s Japan Restoration Party supports the casino resort policy. He said he hoped such a facility could be launched in Osaka in 2025, the same year the city will host an edition of the World Expo. A maximum of three casino resorts will be permitted in Japan during the the first phase of market liberalisation.

The Jeju tourism market and its foreigner-only casino sector – which prior to the pandemic saw strong volumes of visitors from mainland China – will have to adapt and seek to diversify its... END_OF_DOCUMENT_TOKEN_TO_BE_REPLACED