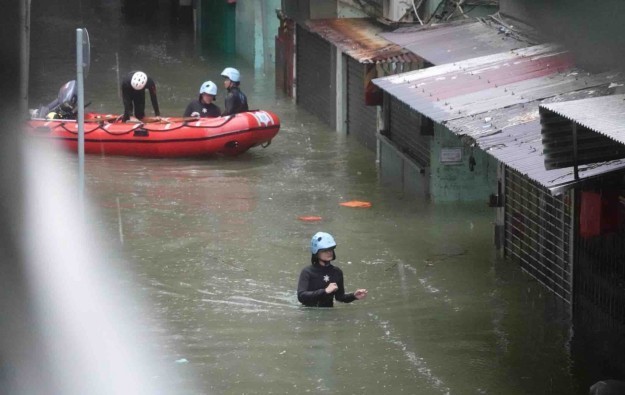 Macau’s top official could order the ad-hoc closure of casinos in case of an emergency or disaster, says a bill submitted last week by the government to the city’s legislative assembly.

The bill would allow the serving Macau chief executive to order the suspension or cancellation of casino operations if a venue is considered either to be unsafe or in a part of the city deemed vulnerable during a particular emergency. The sitting chief executive would not be able to delegate such power to other government officials, according to the draft law.

The bill defines emergencies as those likely to put lives at risk, cause severe economic or environmental damage, or threaten public security. Events in that category include typhoons and floods.

Macau’s Legislative Assembly is yet to schedule a first reading of the draft law.

The proposal is part of an overhaul of Macau’s civil protection system, following Typhoon Hato, which struck the city on August 23, 2017 with wind speeds of 200 kilometres per hour (124 mph), leading to 10 deaths in the city and widespread damage to infrastructure that disrupted the city’s tourism industry for more than a week afterwards.

The day after Typhoon Hato, the Macao Government Tourism Office had reported that nearly half of the 64 Macau hotels it had canvassed were without either power or water, or lacking both utilities.

A number of casino resorts also reported having partially to reduce their operations following the storm. Three gaming venues – casino hotel Legend Palace, casino hotel Broadway Macau and Mocha Inner Harbour, a slot club promoted by Melco Resorts and Entertainment Ltd – had their operations suspended for several days, due to damage caused by the typhoon.

Last September the Macau government and the city’s six casino operators agreed on an unprecedented blanket suspension of casino operations due to the passage of Typhoon Mangkhut, the second category-10 storm to have an effect on Macau in little more than year. The weather phenomenon was described by the World Meteorological Organisation as the strongest tropical cyclone anywhere in the world at that point in 2018. Locally it caused damage worth MOP1.74 billion (US$215.2 million), according to a revised estimate released last week by the city’s Statistics and Census Service.

Some casino worker groups have for several years been calling for the city’s casino employees to be exempted from work when a Typhoon Signal No.8 or above is hoisted. Many public service workers are excused from workplace attendance in those circumstances.

Some of Macau’s most outspoken labour groups praised the suspension of operations in the city’s casinos during Typhoon Mangkhut.

Macau’s gaming law requires casinos to be opened daily. But it allows operators to suspend operations in “exceptional” situations, upon government approval. The need for operators to get prior approval from the authorities for such a move, can be waived in the face of a disaster, serious accident or situations that pose a risk to public safety. In such cases, operators should inform the government of the suspension as soon as possible.