Casino staff 30 pct of all Macau bids for gambling help 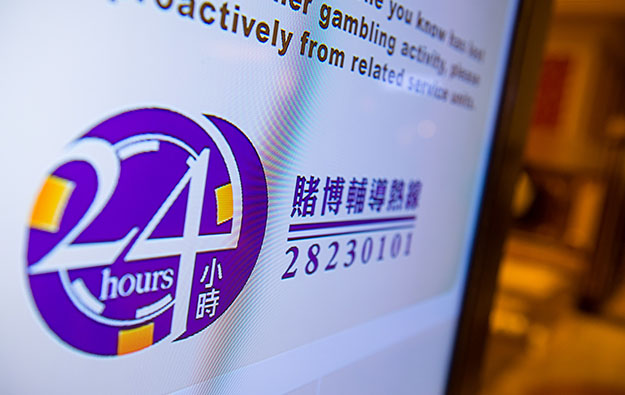 An official from Macau’s Social Affairs Bureau says the authority received 157 requests for assistance in 2017 regarding problem gambling in Macau, with around 30 percent of the cases involving casino employees.

“There were 141 [requests for assistance] in 2016, the number of cases rose to 157 in 2017, which was a minor increase. After reviewing the data throughout the years, the trend is still stable. Neither was there a significant increase nor a decline,” said Lei Lai Peng, the head of the bureau’s Department of Prevention and Treatment of Gambling and Drug Dependence.

The official made the comment on Tuesday on the sidelines of a launch ceremony for a “Responsible Gambling Kiosk” at MGM Cotai, a recently-opened casino resort operated by Macau-based gaming operator MGM China Holdings Ltd. The kiosk is the sixth facility of that type to be installed in a Macau casino.

Macau-based gaming scholar Davis Fong Ka Chio – an advisor to the Macau government on social policy relating to the gaming sector – who also participated in Tuesday’s ceremony, told GGRAsia by phone on Wednesday that direct comparison between Macau and other gaming jurisdictions was not possible regarding problem gambling issues for casino employees. But the 30-percent figure mentioned by the Social Affairs Bureau official, was, in Mr Fong’s opinion, significant.

“In Macau, many of the casino employees are [directly participating] in a game in a daily basis. Therefore, the mechanism of their addiction is similar to other problem gamblers,” he said, alluding to the fact that in the Macau market, only local ID holders can be table games dealers.

But he added that if a high percentage of locals were among those seeking help, it could also be “a positive phenomenon”.

“It means that casino employees are willing to seek help”, Mr Fong stated.

The scholar added this could be attributed “to the promotion done by the casino operators,” in terms of tackling gambling issues. “[It] allows their employees to realise that problem gambling is a mental health problem, something that is not going away without proper treatment,” Mr Fong stated.

According to the data provided by the Social Affairs Bureau, the Responsible Gambling Kiosks in Macau recorded a total of 10,160 logins by visitors to those utilities in 2017.

The imminent return of package tours from mainland China will not only help boost Macau’s tourism businesses, but is also expected to help casinos gain more foot traffic in their mass gaming... END_OF_DOCUMENT_TOKEN_TO_BE_REPLACED