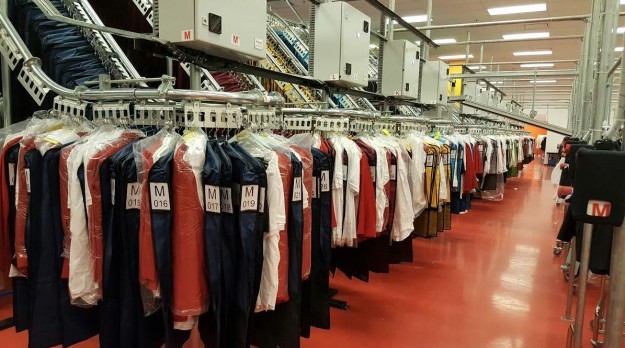 The deployment of radio frequency identification (RFID) technology to manage the whereabouts of uniforms and linens, as well as to track casino currency used on gaming floor tables, is increasingly common among casino resorts in the Asia Pacific region.

RFID uses electromagnetic fields to identify and track automatically any item fitted with a corresponding tag. So-called ‘passive’ tags collect energy waves from a nearby RFID reader. ‘Active’ tags have their own power source, such as a miniature battery.

“RFID tags are discreetly attached to the [staff] uniforms to uniquely identify each item and to enable automated inventory tracking,” said Oswald Lares, director of sales and marketing for U.S.-based InvoTech Systems Inc, a supplier of technology for such uses.

The firm says tag reading equipment is connected to the InvoTech Uniform System for instant processing of the transactions and automated record-keeping.

The RFID technology “eliminates the daily task of physically separating the different types of uniforms and then hand-counting and manually-recording [them], reducing labour costs and human error,” explained Mr Lares in an email to GGRAsia.

InvoTech said its system not only tracks a uniform once it has been issued to an employee, but also records when it was sent to – and later received from – the laundry. The company adds that in effect this eliminates the risk of stock loss.

In January, a passive-tag ultra-high-frequency (UHF) RFID Uniform System from InvoTech was deployed at the Resorts World Genting casino complex in Malaysia.

The firm said that currently, more than 500 properties throughout the world were using its InvoTech Uniform System.

Mr Lares said other venues in Asia using its technology included Sands Cotai Central Macau, Resorts World Sentosa in Singapore, the Grand Ho Tram Strip resort in Vietnam, and the newly-opened Shinhwa Theme Park at the Jeju Shinhwa World resort on Jeju Island, South Korea. Jeju Shinhwa World is due to launch a casino facility in December. MGM Cotai, a Macau gaming resort that is scheduled to open on January 29, will also deploy the InvoTech system.

The company says some of the regional venues using its services include the casino resorts Galaxy Macau, Grand Lisboa and Wynn Palace. Non-gaming hotel properties with Autovalet technology include the Mandarin Oriental Hong Kong, and hotels from, respectively the Four Seasons, Marriott and Hyatt brands, as well as the Chimelong Ocean Kingdom family theme park next door to Macau on Hengqin Island, a part of the mainland’s Zhuhai prefecture.

Autovalet director John Varley told GGRAsia in an email that a large casino resort “could easily invest over US$2 million in uniforms”, which gives casino operators a big reason to protect its uniform stock from the risk of loss.

He added: “Automated systems for uniforms have become the norm for casinos, [that] depend on readily-available technical support and constant innovation to drive down their costs.”

“Compared to U.S. casinos, Asian casinos often have a much higher proportion of table games [than] slot machines and therefore employ considerably more dealers who all start shift at the same time. This means that any automated uniform issue system must be able to serve large volumes of users within a short period,” Mr Varley further stated.

The firm says that to address this issue, the Autovalet system (pictured) uses multiple automated conveyors “to allow employees to collect all the uniform items they need for their shift in a single operation of the machine”.

Mr Varley also noted that another feature of the Asian market is that employees are not usually allowed to take their uniforms home.

“Large numbers of uniforms are therefore sent to the laundry each day – often 5,000 soiled, and the same number [of] clean [ones]. To keep track of these movements, it is essential that the conveyors are wholly integrated with the uniform-tracking software,” he explained.

“The same RFID controls are now being applied to room linen which can also be an expensive asset. One Macau casino tracks 20,000 linen articles a day to the laundry,” the Autovalet director said.

He added: “As local labour costs rise, automation becomes ever more essential and our goal is to help properties of every size embrace it.”