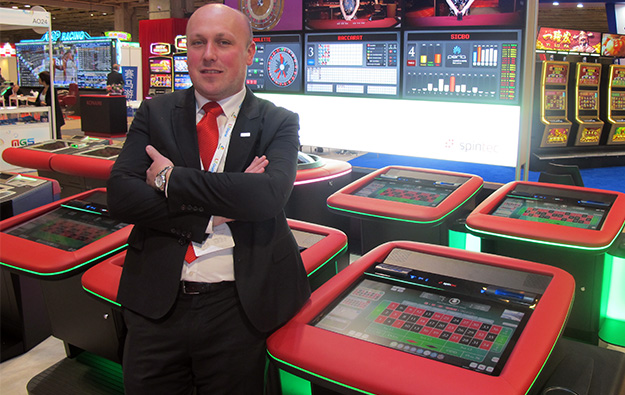 He was speaking on the sidelines of the recent MGS Entertainment Show, a casino industry trade exhibition and conference held in Macau.

The firm is pushing to promote its new multi-game system – branded Aura – in Asia, following successful installations in Europe. Versatility is one of the key selling points, Mr Krsevan said.

“It can include virtual, automatic or live games,” Mr Krsevan stated. “It can be roulette, baccarat or sic bo, or a combination of these,” he added.

In Macau, Spintec is particularly known for its 8-seat automated roulette product, part of its Karma Roulette line. At MGS Entertainment Show, the firm presented a sister version of the product featuring sic bo. It is waiting regulatory approval before being deployed to casino floors in Macau.

“We have already made some deals; immediately after approval, the machines will be installed,” Mr Krsevan said.

The Spintec representative stated the firm was closely following the casino gaming legalisation process in Japan. But in 2018 Australia would be Spintec’s main expansion target. “We are now in the approval process” to enter that market, said Mr Krsevan.

The imminent return of package tours from mainland China will not only help boost Macau’s tourism businesses, but is also expected to help casinos gain more foot traffic in their mass gaming... END_OF_DOCUMENT_TOKEN_TO_BE_REPLACED