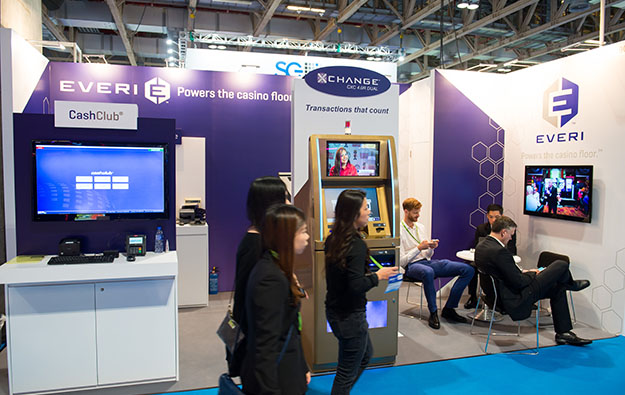 Everi Holdings Inc, a specialist in cash handling technology and electronic game content for the casino industry, narrowed its net loss for the three months to September 30, when judged year-on-year.

Operating income for the latest reporting period rose 70.7 percent year-on-year to US$19.8 million, from US$11.6 million.

“Our progress and improved financial position creates the opportunity for Everi to pursue activities in the debt markets that if completed will help accelerate the growth of our free cash flow generation,” said Michael Rumbolz, the group’s president and chief executive, in a prepared statement included in the results.

He added: “We recently completed the most successful Global Gaming Expo (G2E) in the company’s history with very positive customer feedback regarding the level of… product innovations we introduced for both our games and payments product offerings.”

New York-listed Everi announced on Monday its intention to reprice a term loan and to evaluate the refinancing of some unsecured notes.

The firm said it planned to “capitalise on its improved financial position and favourable market conditions” in order to reprice its US$820-million term loan that is scheduled to mature in 2024. That process was likely to be completed “within the next 14 days”.

On Monday Everi stated it was “evaluating opportunities” to refinance its US$350-million 10-percent senior unsecured notes due 2022. It added the goal was to reduce cash interest costs and extend the firm’s debt maturity profile.

“If we are successful with these actions, the benefit to our future free cash flow generation can be significant as reductions in our annual cash interest expense would further strengthen the foundation we have established,” said Randy Taylor, executive vice president and chief financial officer, in the results announcement.

The group’s third-quarter 2017 adjusted earnings before interest, taxation, depreciation and amortisation (EBITDA) increased by US$1.6 million, or approximately 3 percent, to US$53.2 million from US$51.6 million in the third quarter of 2016.

Gaming operation revenues were US$39.1 million in the third quarter of 2017 compared to US$41.4 million in the prior-year period. The firm said the decline was “primarily attributable” to the timing of its TournEvent of Champions slot tournament during the G2E casino industry trade show in Las Vegas in October. Everi added that approximately US$2.0 million of gaming operation revenue from that tournament would be booked for the fourth quarter of 2017.

Payments segment revenues increased approximately 15.6 percent to US$191.9 million in the third quarter of 2017 compared to US$166.0 million in the prior-year period. The group said the growth reflected “segment-wide strength and included growth in core cash access revenue as a result of same-store transactions and dollars processed increases and surcharge and service fee increases implemented by customers”.

The firm said overall 2017 capital spend was expected to exceed the US$105-million top end of the previously provided range of US$95 million to US$105 million. It included capital spend related to approximately 400 gaming machine units that will be delivered to a new tribal casino in the U.S. state of Indiana in the fourth quarter.