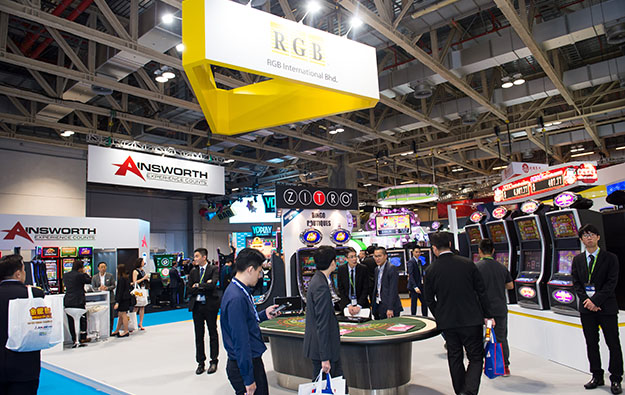 Profit at casino equipment maker RGB International Bhd rose 23.8 percent year-on-year in the three months to June 30, and 14.9 percent for the first half of 2017.

The quarterly profit was MYR8.64 million (US$2.0 million), compared to MYR6.98 million in the second quarter 2016, the firm said in a filing to Bursa Malaysia.

The aggregate half year profit at the Malaysian firm was approximately MYR14.84 million, compared to MYR12.91 million in the prior-year period.

Group revenue during the three months to June 30 this year rose 2.9 percent to MYR59.68 million, from nearly MYR58.0 million a year earlier.

Earnings before interest, taxation, depreciation and amortisation stood at MYR18.19 million in the April to June period, up 9.4 percent from the prior-year period.

In March the firm’s managing director said the group hoped in 2017 to ship to customers equipment worth approximately US$40 million in aggregate value.

The technical support and management division achieved revenue of MYR22.33 million for the quarter to June 30, a decrease of 7 percent compared to the corresponding quarter in 2016, “owing to lower performance of certain outlets”. Quarterly pre-tax profit for that division fell by 36 percent year-on-year “due to charge-out of performance bonus paid to staff and payment for the implementation of new systems for… outlets in addition to the slight drop in revenue during the quarter,” it added.

Dividends paid by RGB International in the six months to June 30 totalled MYR8.02 million, compared to nearly MYR3.30 million in the prior-year period.

The Philippine Amusement and Gaming Corp (Pagcor) told GGRAsia it has not yet received “any proof of compliance” from Suncity Group Manila Inc, which would allow the company to regain its... END_OF_DOCUMENT_TOKEN_TO_BE_REPLACED