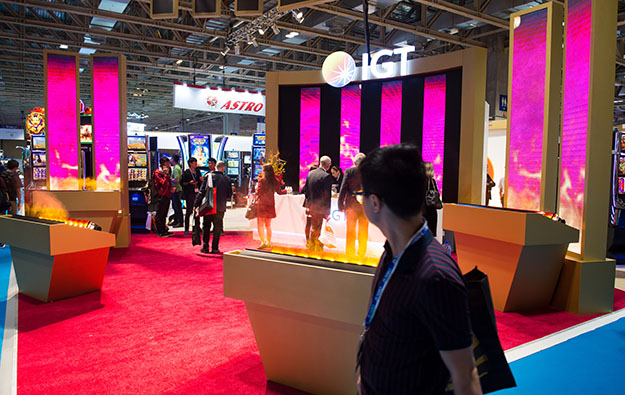 A short press announcement from IGT on Tuesday gave no detail of how the deal would work in practice; in particular whether it would give Scientific Games access outside the Macau market to certain live-dealer electronic game technology claimed under a Macau patent by LT Game Ltd, and now held – under an April 2016 agreement – by IGT for world markets excluding Macau.

The latter uses electronic betting and bet settlement, but with a live dealer, and had proven particularly popular with mass-market players in East Asian markets, where players typically prefer to face human dealers rather than computer-based random number generator technology.

IGT had previously announced a number of cross-licensing deals with market rivals. One was in early October 2016, with Australia-based slot machine maker Aristocrat Leisure Ltd, where the two reached a “comprehensive cross-licensing agreement” covering “intellectual property involving game features and system patents”. The terms of the agreement were not disclosed.

In late October that year, IGT gave a subsidiary of Everi Holdings Inc – the latter group a specialist in cash handling technology and electronic game content for the casino industry – access to patented game features from the IGT portfolio, in exchange for licensing fees.

In April this year, IGT said it had signed a patent cross-licensing agreement with Aruze Gaming, a company that designs, develops and manufactures slot machines and gaming devices for the global casino market. It also involved payment to IGT of licensing fees.

In June this year, IGT said it had reached a patent cross-licensing deal – in exchange for fees – with Konami Gaming Inc, a unit of Japanese gaming and amusement conglomerate Konami Holdings Corp, and which supplies products including casino electronic gaming machines.

Investment analysts have previously noted that the casino technology sector has traditionally been riven by patent disputes and lawsuits that eat up valuable time and money. IGT and Scientific Games are both significantly indebted businesses, following respective leveraged transactions to take over other firms.

The decision by the Macau government to grant fresh 10-year licences to each of the city’s six incumbent casino operators has been welcome by top management at those firms. Each of the concessions... END_OF_DOCUMENT_TOKEN_TO_BE_REPLACED