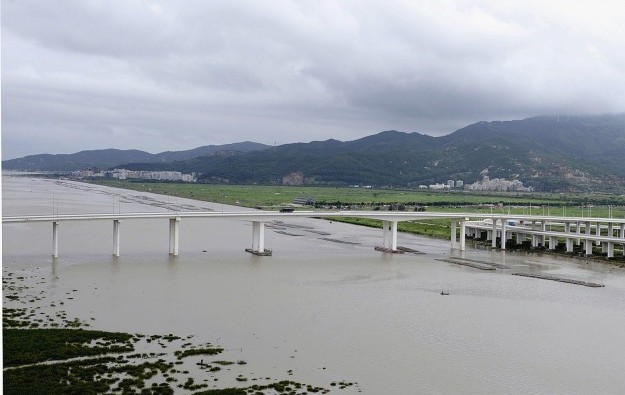 A report on Thursday from Daiwa Capital Markets suggests “some of the Macau gaming operators are planning to build dormitories in Hengqin to house workers”.

That is a reference to Hengqin Island, a 106.5-square-kilometre (41-sq-mile) special economic zone next door to Macau that is administratively part of mainland China but has been earmarked to play a supporting role to the economies of Macau, the neighbouring mainland prefecture of Zhuhai (where Hengqin is located) and the Pearl River Delta region.

The impetus to provide fresh housing for Macau’s large number of non-resident employees comes from high up.

Macau’s Chief Executive, Fernando Chui Sai On, in August called on the city’s casino operators to “facilitate” the provision of housing and transportation to their migrant workers, known locally as ‘blue card holders’.

Honouring such a request could present a significant capital commitment from the casino operators, but one they are likely to consider carefully as they come ever closer to the expiry of their current gaming concessions on various dates between 2020 and 2022.

There were 161,370 migrant workers in Macau as of August 31, according to data from the city’s Human Resources Office. A total of 13,279 non-residents were listed as working in “recreational, cultural, gaming and other services” as of the same date.

Sections of Macau’s permanent resident population have been vocal in the past few years in complaining they are being priced out of the local housing market.

Mr Chui didn’t give any guidance in his August statement about where he thought housing for non-resident should be, or whether it should come via the private rental market or via new construction.

Macau now has some of the highest residential real estate prices in Asia, and some of the fastest price growth.

Price rises have cooled in the second half, coinciding with a slowing in the Macau casino market. Nonetheless, in the January-August period this year, average home prices reached MOP100,896 (US$12,627) per sq metre, up year-on-year by 23 percent, according to data from the city’s Financial Services Bureau.

Hengqin offers a major business opportunity to Macau companies thanks to having more space – Macau is currently more than three times smaller in area than Hengqin, at only 30.3 sq kms, although some new areas of Macau landfill are currently being clawed back from the Pearl River Delta.

Some Macau casino companies – or investors linked to them – have already snapped up plots of land on Hengqin offered at official mainland auctions at a fraction of Macau land resale prices.

Macau gaming operator Galaxy Entertainment Group Ltd announced earlier this year it would invest RMB10 billion (US$1.6 billion at current prices) on a non-gaming tourism-related project in Hengqin. The company has yet to disclose further details about the plan.

In concert with the move to bind a newly developing Hengqin into the regional economy, the mainland authorities have also pledged to make it easier for people to come and go. That could make feasible the use of Hengqin as a dormitory settlement for Macau casino workers, many of whom need to work shifts at unsocial hours.

A senior mainland official, Niu Jing, director-general of the Hengqin Administrative Committee, was on Thursday quoted by Macau media saying the authorities were “very confident” that there would be a 24-hour border crossing between Hengqin and Macau.

Currently the Lotus Bridge crossing to Hengqin is open from 9am to 8pm seven days per week.

The imminent return of package tours from mainland China will not only help boost Macau’s tourism businesses, but is also expected to help casinos gain more foot traffic in their mass gaming... END_OF_DOCUMENT_TOKEN_TO_BE_REPLACED