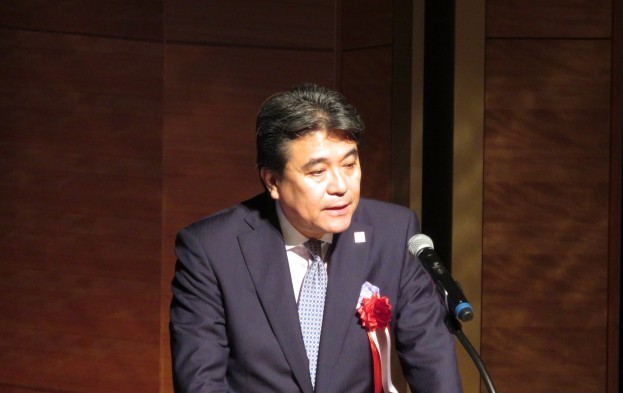 The Japan unit of global gaming operator Casinos Austria International told GGRAsia it is in the process of forming a consortium for a potential casino resort at Sasebo in Nagasaki prefecture. The experience of the Casinos Austria group in gaming operations in Europe, Egypt in North Africa, and in Australia, gave the brand confidence regarding its appeal in Japan, despite competition from other international operators for a casino permit in that country.

“We’re just in the beginning of the formation of a consortium,” Mr Hayashi said. He noted there were Japanese business partners in the likely consortium that were interested in “taking part in infrastructure support” for a possible casino complex, facilities referred to in Japan as integrated resorts or “IRs”. He declined to identify the prospective partners in the consortium.

Nagasaki prefecture is one of the “most advanced” regions in Japan in terms of garnering public support for the idea of hosting a casino resort, said the prefecture’s governor Hodo Nakamura at a seminar in Sasebo last week, called Kyushu-Nagasaki IR Business Connect.  A maximum of three licences are to be issued in Japan in a first phase of market liberalisation.

A 30-hectare [74-acre] site at the Huis Ten Bosch amusement park in Sasebo city, is the preferred location of the local-government authorities in the Nagasaki area. Several companies – including foreign casino firms - made pitches during the Kyushu-Nagasaki IR Business Connect seminar on why they would respectively make a good choice as commercial partner for a casino venture locally.

Casinos Austria’s Mr Hayashi said the group was also considering the locally-preferred location and wanted – as a complement to a casino – to create an IR with a large-scale facility for music performance, a spa, and facilities for medical tourism business.

Mr Hayashi mentioned during his presentation at the Sasebo seminar that Casinos Austria intended to work with high-profile Japanese architect Kengo Kuma – creator of the new national stadium to be used for the Tokyo 2020 Olympics – in Casino Austria’s architectural design for its desired Nagasaki IR.

The executive said that in relation to responsible management of casino gambling – a focus of Japanese lawmakers and much-discussed among the public – the parent firm was already abiding by “strict regulations”, in the regulated markets where it operates.

Mr Hayashi remarked to us: “Since we have experience in fitting with all those different environments and cultures, we are confident that those experiences would work for the Japan bid as well.” The group envisaged the casino would have VIP gaming as well as the mass-market sort, he added.

A Macau court was offered evidence on Monday, including of recordings from police-wiretapped telephone conversation, that the prosecution says proves the direct involvement of Levo Chan Weng Lin... END_OF_DOCUMENT_TOKEN_TO_BE_REPLACED