Casinos in Metro Manila closed for one month: Pagcor 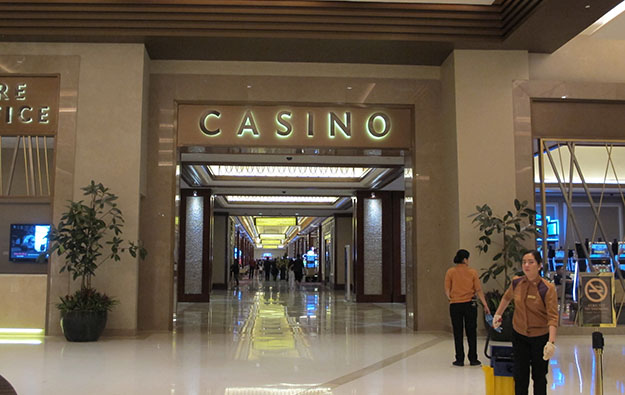 All gaming operations in Metro Manila have been suspended with immediate effect, said on Sunday the Philippine casino regulator in a statement. The decision was said to be part of the national government’s efforts to contain the spread of the Covid-19 virus in the country, said the Philippine Amusement and Gaming Corp (Pagcor).

Casino operators had been given until midnight on Sunday to comply with the order, GGRAsia has learned.

“In line with the instruction of President Rodrigo R. Duterte to put Metro Manila under community quarantine to prevent the further spread of … Covid-19, the Philippine Amusement and Gaming Corp is suspending all gaming operations effective immediately,” said the regulator.

On Thursday, President Duterte announced that Metro Manila – a region with about 12 million people – would be on a lockdown for a month to help contain the outbreak of the new coronavirus associated with Covid-19, which last week was classified as a pandemic by the World Health Organization. The lockdown of Metro Manila – also know as the national capital region – is effective from March 15 to April 14, subject to daily review.

In Sunday’s statement, the gaming regulator said the suspension applied to land-based casinos, both Pagcor-owned and operated facilities as well as all licensed casinos, including those inside integrated resorts. The closure also applies to electronic games parlours, bingo (traditional and electronic), sports betting, poker and slot machine clubs. Such suspension “will last for the duration of the national capital region community quarantine imposed by the government,” stated the regulator.

The document noted that the hotels at casino resorts could remain in operation, as well as the restaurants and food outlets within those complexes. Such venues however “are discouraged from hosting large functions and events,” said Pagcor.

Private-sector casino resorts in Metro Manila include Okada Manila, City of Dreams Manila, Solaire Resort and Casino, and Resorts World Manila. GGRAsia approached the respective operators of those properties, but had received no reply by the time this story went online.

Pagcor said that gaming venues that it operates outside of Metro Manila would for now remain open. Such operations however would be suspended if a “local government declares community quarantine,” it added.

The state-run gaming agency said additionally that it had decided to ban public gatherings from all its gaming venues and in the licensed gaming properties that it regulates across the country. “This measure is intended to ensure the safety of both gaming employees and customers and eventually, the general public,” it stated.

The month-long suspension of gaming operations in Metro Manila does not apply to Philippine Offshore Gaming Operators (POGOs), said the regulator. Those companies, offering gambling services aimed at overseas players, however can only have a “minimum number of workers” in their workplaces. “The rest of POGO workers will be restricted to their respective living quarters where they will observe social distancing and quarantine protocols,” said Pagcor.

The head of Pagcor, Andrea Domingo, told reporters on Wednesday that the gaming sector in the Philippines was likely to miss a target of PHP290 billion (US$5.68 billion) for gaming revenues this year, due to the negative impact of the pandemic.

The Philippine casino regulator said in a separate release on Sunday it was donating a total of PHP500 million “to support the efforts” of the country’s Department of Health in combating the Covid-19 pandemic. That was on top of a PHP2-billion donation to the Office of the President, announced on Thursday, for funding the government’s efforts to contain the spread of the novel coronavirus in the country.

The shutdown of gaming venues is a measure that has been implemented in several jurisdictions across the globe. Macau ordered the closure of the city’s casinos for a 15-day period in February, and such venues are now operating at a reduced capacity due to restrictions imposed by the local government.

Concerns linked to the spread of Covid-19 have lead to casino shutdowns until late March in a number of states in the United States. Wynn Resorts Ltd – parent of Macau-based Wynn Macau Ltd – is to shut down Wynn Las Vegas and Encore, in Nevada, for a two-week period starting Tuesday, and has closed Encore Boston Harbor in Massachusetts; while MGM Resorts International – parent of MGM China Holdings Ltd – has closed its properties in Nevada, New York, Massachusetts, and Maryland.

Macau recorded on Saturday (October 1) its highest daily total of visitor arrivals since the mid-June local Covid-19 outbreak, according to preliminary data released by the city’s police. The... END_OF_DOCUMENT_TOKEN_TO_BE_REPLACED