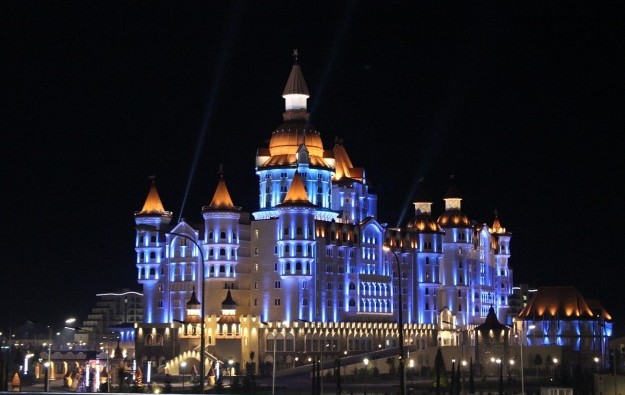 Sochi’s economy could get a boost if casinos are allowed as a way for the city to recoup the investment made in new infrastructure for the 2014 Winter Olympics, an analyst says.

Russia currently has one gambling zone in operation – on the border between Krasnodar Territory and Rostov region – and three more are being built in Kaliningrad, Altai and Primorsky regions. In April, Mr Putin submitted a draft law to the Russian parliament to establish a gambling zone in Crimea, after Kremlin declared the Ukrainian territory part of Russia.

Mr Putin said it would be up to the new authorities in Crimea to decide the location and extent of the planned casino zone.

Mr Galaviz has previously worked with Russian authorities on casino gaming policies. In 2012, Mr Galaviz advised Russia’s state-owned Nash Dom Primorye, which is promoting a gambling and entertainment zone near the port city of Vladivostok.

Sochi spent about US$50 billion in infrastructure for the February Winter Olympics and investors are worried about recouping the investment. Casinos could be a way to attract more tourists to the city and take advantage of the existent infrastructure.

Macau has proposed in its draft gaming bill, freshly tabled on the website of the city’s Legislative Assembly, a formal cap on the number of casino tables and gaming machines in the local casino... END_OF_DOCUMENT_TOKEN_TO_BE_REPLACED