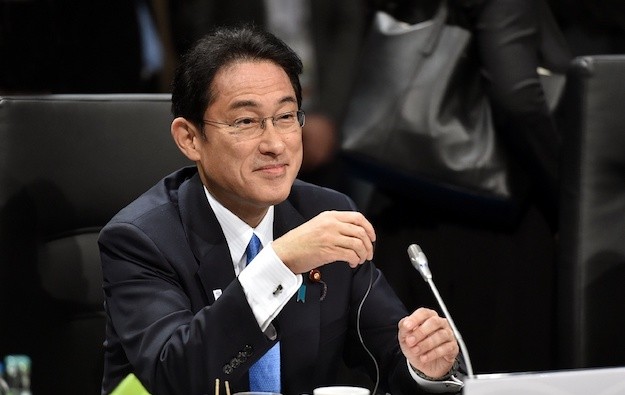 Japan’s Prime Minister, Fumio Kishida (pictured in a file photo), has reaffirmed that casino industry liberalisation is an important measure to promote inbound tourism, as that country eventually looks to open up to foreign visitors as it rebounds from the Covid-19 pandemic.

The Japanese leader, who represents the Liberal Democratic Party, was speaking on Tuesday during a meeting of the budget committee in the House of Councillors, the upper chamber of Japan’s bicameral parliament, according to information collated by GGRAsia’s Japan correspondent.

Tetsuo Saito, the Minister of Land, Infrastructure, Transport and Tourism, said during the same session that notwithstanding the government’s policy commitment to the integrated resort (IR) initiative, the government would set up an expert panel to evaluate plans submitted by the prefectures respectively seeking to host such a venue.

This would include looking at the economic-benefit calculations, the financial stability outlook for such schemes, and the certainty of fundraising.

The minister’s remark was in response to questions from Mikishi Daimon, an upper-house representative of the Japanese Communist Party.

Mr Daimon said that – among the three local communities that have declared they will pitch to the national government – the respective details announced for Wakayama and Nagasaki prefectures seemed to involve investment amounts and revenue forecasts that were overly high and possibly unrealistic.

Wakayama’s preferred private-sector partner for a resort, Clairvest Neem Ventures KK, has described the project as a JPY470-billion (US$4.07-billion) venture, but is still to disclose details of the funding.

A March 10 meeting of Nagasaki prefectural assembly heard that the launch cost of the resort proposed by Nagasaki’s preferred partner, Casinos Austria International Japan Inc, would be JPY438.3 billion, about 25 percent more than the actual construction cost of JPY350.0 billion.

Aside from the contribution to come from the Casinos Austria side, the specific source of other funding is yet to be disclosed.

April 28 is the deadline for local governments in Japan to submit to the national government a bid to host an IR. Up to three resorts will be permitted in Japan under the liberalisation framework.

The other local community committed to bidding to the national government is Osaka, which has MGM Resorts International and Japan’s Orix Corp, as its main partners. The initial investment amount for the complex has been stated at JPY1.08-trillion.

Macau is to create distinct zones on its casino floors and designated gambling chips that will be solely for the use of players from overseas. The moves will be part of a new gaming tax system to... END_OF_DOCUMENT_TOKEN_TO_BE_REPLACED