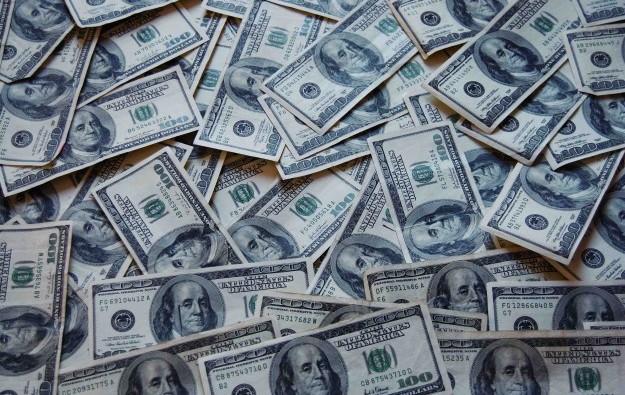 Six places in the Asia Pacific region that have legal casino gaming industries are mentioned as “countries/jurisdictions of primary concern” in the 2016 International Narcotics Control Strategy Report from the United States’ Department of State.

Of topical interest in the latest edition – published this month – is the Philippines. The Philippine Daily Inquirer newspaper alleged in a report on February 29 that three casinos in the capital, Manila, had been used as conduits to launder US$100 million said to have been stolen from a bank overseas by computer hackers.

The country’s casino regulator, the Philippine Amusement and Gaming Corp, has said that casino operators there were responsible for implementing ‘know your customer’ rules such as requiring passports and proper identification from players. But casinos are not covered by the country’s Anti-Money Laundering Act.

“International experts and observers note that the Philippine casino industry is a weak link in the country’s AML/CFT regime,” said the U.S. government report, referring to anti-money laundering and combatting the financing of terrorism.

“Regionally, organised crime groups, such as Chinese triads, have infiltrated casino operations and have facilitated prostitution, narcotics trafficking, loan-sharking, and suspect junket and VIP gaming tours,” added the narcotics control report in its commentary on the Philippines.

“Money laundering is a serious concern due to the Philippines’ international narcotics trade, high degree of corruption among government officials, trafficking in persons, and the high volume of remittances from Filipinos living abroad,” stated the document.

In discussion of the risks in the Macau casino industry, the State Department makes its now annual call for the territory to reduce the threshold set for casinos to report “large” transactions to the equivalent of US$3,000 “to bring it in line with international standards”.

Currently casinos in Macau are required to report to the local regulator, the Gaming Inspection and Coordination Bureau, transactions worth over MOP500,000 (US$62,511).

“The [Macau] government also should continue to strengthen inter-agency coordination to prevent money laundering in the gaming industry, especially by introducing robust oversight of junket operators and mandating due diligence for non-regulated gaming collaborators,” said the U.S. narcotics control report.

Paulo Martins Chan, a former assistant public prosecutor-general in Macau who became head of the city’s casino regulator on December 1, mentioned at the time of his official appointment the need for an “improved legal framework” for the industry. On January 13 he told public broadcaster Rádio Macau that there would be stricter requirements regarding the suitability and financial situation of the city’s junket operators.

“The [Macau] government should take action on its long-pending legislation regarding CDD [customer due diligence] and cross-border currency controls. Macau also should enhance its ability to support international AML/CFT investigations,” said the State Department document.

Visitors to Macau from mainland China are only allowed to take a daily limit of RMB20,000 (US$3,074) out of China in cash, but many mass-market gamblers are said to get around this by purchasing items from one of Macau’s pawnshops or jewellery stores using cards authorised by China’s state-controlled electronic payments system operated by China UnionPay Co Ltd. The tourists then return the goods for a cash refund.

The Macau government and the central government have recently indicated there would be tighter control of such transactions and the amounts transferred.

In December the Monetary Authority of Macao announced it would implement a real time monitoring system for payments made via China UnionPay bank cards. Brokerage Deutsche Bank Securities Inc said, in a note at the time, that the announcement could be read as a negative for the city’s gaming industry.

“For Macau gaming, China’s closed, yet highly porous capital account is the life-blood of the industry (in particular the high-roller segments),” stated brokerage Sanford C. Bernstein Ltd, in a report on March 2.

The U.S.-issued narcotics control report noted: “China only allows the equivalent of US$50,000 a year per person to be moved out of China. To circumvent the currency restrictions, junket operators in Macau sometimes are used.”

It added: “Much of the money funnelled through junkets originates from corruption, embezzlement and other illicit activities… Organised crime, including triads, are active in the gaming services and are engaged in loan-sharking, prostitution services, etc.”

A recently published study of Macau’s junket system by academics at the City University of Hong Kong said that even under the “entrepreneurial model” of junkets that developed in Macau after market liberalisation in 2002, what it termed “extra-legal” measures – including the threat or the actual use of violence – were important guarantees enabling the credit-based system of VIP gambling in Macau to function and debts to be honoured.

Other Asia Pacific jurisdictions with legalised casino industries that are mentioned in the State Department report are Singapore, Cambodia, Russia and Australia.

The U.S. report said Singapore, which has two casino resorts – Resorts World Sentosa operated by Genting Singapore Plc, and Marina Bay Sands, operated by a unit of Las Vegas Sands Corp – was stable but had some troubling neighbours.

“The country’s position as the most stable and prominent financial centre in Southeast Asia, coupled with a regional history of transnational organised crime, large-scale corruption in neighbouring states, and a range of other predicate offences in those states increase the risk that Singapore will be viewed as an attractive destination for criminals to launder their criminal proceeds,” said the narcotics control report.

The document said the two authorised casinos in Singapore had combined annual revenue of US$4.83 billion in 2014.

“Given the scale of the financial flows associated with the casinos, there are concerns that casinos could be targeted for money laundering purposes,” said the report.

The State Department noted that Singapore’s Southeast Asian near neighbour, Cambodia, had a “weak AML regime”, with a cash-based, dollarised economy, “outsized and inadequately-supervised banking and financial industries”, and “porous borders”.

A law to regulate Cambodia’s casino industry – that an official said, in February comments to one of the country’s newspapers, could be passed this year – is part of a strategy by the kingdom to attract more gaming investment and more tourists – especially tourists from China.

In commentary on nearby Myanmar, also known as Burma, the State Department said that while casino gambling is “officially illegal” in that country, “there have been at least five operating casinos, including one in the Kokang special region near China (an area the Burmese government does not control), that primarily have targeted foreign customers.” The report added: “Little information is available about the regulation or scale of these enterprises.”

In Russia, where licensed casino gaming is only allowed in special zones designated for the purpose, the State Department noted that Russia’s financial intelligence unit, the Federal Financial Monitoring Service (also known as Rosfinmonitoring), “has been designated as the competent AML/CFT authority for casinos”.

The State Department document said that at the other end of the Asia Pacific region, Australia’s financial intelligence unit and national regulator for AML and CFT – the Australian Transaction and Reports Analysis Centre, known as AUSTRAC – had identified the “internationalisation” of the Australian criminal networks as a threat.

China has moved one step closer towards reopening, by relaxing some its Covid-19 control measures, with most infected people now able to quarantine at home rather than in state-sanctioned... END_OF_DOCUMENT_TOKEN_TO_BE_REPLACED