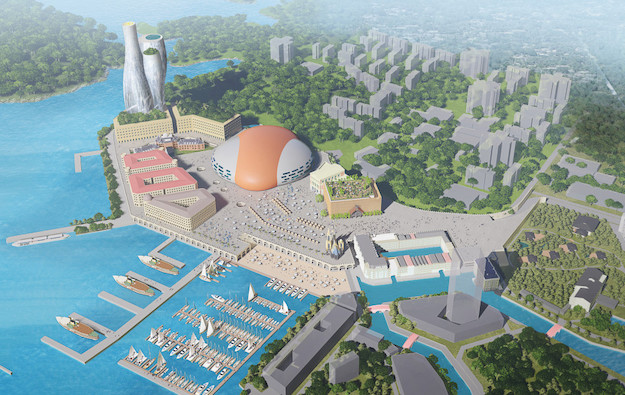 The integrated resort (IR) project (pictured in an artist’s rendering) would be located at the Huis Ten Bosch theme park in Sasebo City, part of Nagasaki prefecture.

On Tuesday, Sasebo’s city council held a steering committee to discuss the project, pending an expected submission by the Nagasaki authorities of the scheme to the national government by the end of April.

The so-called IR district development plan is also due to be debated by an extraordinary session of Nagasaki prefectural assembly, before being submitted to the national authorities.

According to information collated by GGRAsia’s Japan correspondent, the details of the funding providers are yet to be announced.

Previously-disclosed information said that the equity portion would be JPY175.3 billion, with 60 percent of the equity from Nagasaki’s private-sector partner, Casinos Austria International Japan Inc, 30 percent from other foreign companies, and 10 percent from Japanese companies.

Up to three casino resorts will be permitted in Japan, under the liberalisation arrangements. Currently, Osaka and Wakayama are also likely to submit applications.

Gaming revenue at Paradise Co Ltd, an operator in South Korea of foreigner-only casinos, rose by 312.9 percent year-on-year, to KRW39.17 billion (US$27.6 million). But such revenue was down 22.4... END_OF_DOCUMENT_TOKEN_TO_BE_REPLACED