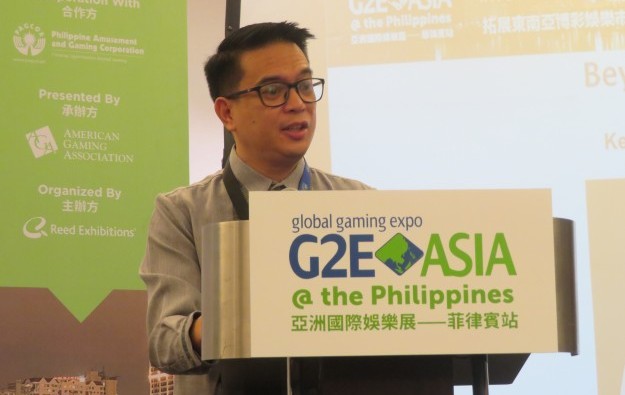 The addition of casino resorts to Cebu’s tourism mix would make it a round-the-clock visitor market, said Roberto Alabado (pictured), Assistant Secretary for tourism development and planning at the Philippines’ Department of Tourism, in comments to GGRAsia.

“With the entertainment business coming in, in Mactan… it will make it a ’24-hour’ destination,” he stated.

He was speaking on the sidelines following a keynote address on Wednesday in Manila, during day two of the Global Gaming Expo (G2E) Asia @ the Philippines, a casino sector trade show and conference at the Resorts World Manila gaming complex in the Philippine capital.

Tourism was already “booming” on Cebu, said Mr Alabado, with many products including “eco-tourism”, marine diving, and culture-related entertainment, as well as an upgraded Mactan-Cebu International Airport.

In May, PH Resorts Group Holdings Inc, a Philippine-listed firm controlled by local entrepreneur Dennis Uy, said it would spend US$600 million – including borrowings of US$420 million – to build a casino resort with the branding “Emerald” on the island of Mactan, near the central Philippine city of Cebu on Cebu island.

Andrea Domingo, chairman and chief executive of the country’s casino regulator, mentioned in her keynote on the first day of this week’s Manila conference, that two casino complexes were slated for Cebu.

During his Wednesday keynote, Assistant Secretary Alabado had mentioned his country’s ambition to expand its meetings, incentives, conferences and exhibitions (MICE) business. Japan has identified MICE as an important non-gaming element for its hoped-for casino resorts.

GGRAsia asked Mr Alabado what his department’s view was on the quality of Internet service in the Philippine market. A number of delegates to the G2E-branded event in Manila had mentioned to GGRAsia problems with their personal online communications that coincided with the advent on Tuesday of a typhoon.

A severe tropical storm – known in the Philippines as Typhoon Tisoy – affected on Tuesday the Metro Manila area. Under the local warning system, Signal No. 2 was issued, meaning wind speeds of up to 120 kilometres per hour (75 miles ph).

He mentioned his department had been in talks on Tuesday with “some players” in MICE business.

Mr Alabado told us, referring to his country’s appeal to MICE operators: “We scored high in everything except Internet connection. So if we are going to be inviting over the millennials – or the younger people – especially the business people that always have to be connected, then I think we have to improve Internet services.”

He added: “The government right now is doing its best, and I know there is a third telco [telecommunications operator] coming into play” in the Philippine market.

The official further noted: “We are expecting that with more competition and more investments in telecom, we are going to be improving this Internet connectivity.”

It is likely that Macau will shortly have a third round of citywide centre-based Covid-19 testing in little more than a week, after the results so far of a second mass test – that was due to finish... END_OF_DOCUMENT_TOKEN_TO_BE_REPLACED