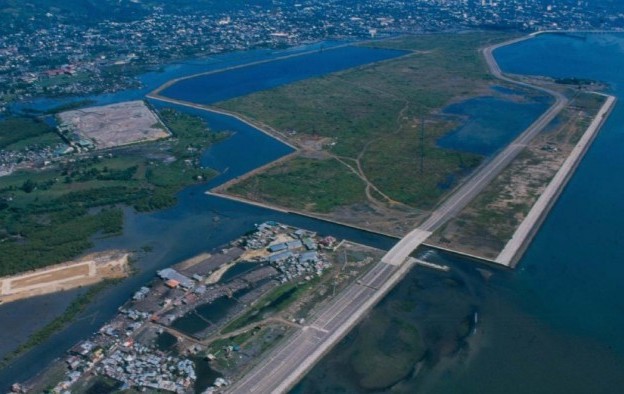 The Cebu City Council has reportedly endorsed the application of Philippines-based Universal Hotels and Resorts Inc to develop and operate an “integrated resort and casino facility” in a land reclamation area on the outskirts of Cebu City, reported the Philippine Inquirer newspaper.

The new project is being planned for an area called the South Road Properties (pictured), a 300-hectare (741.3-acre) artificial island located in the southern part of the metro area.

According to the media outlet, Universal Hotels needs the city council’s endorsement for its casino and resort facility application prior to it being considered by the country’s casino regulator, the Philippine Amusement and Gaming Corp (Pagcor).

“[It is] a world-class development that will stand as a landmark in the Visayas Region and the country. We submitted an unsolicited proposal for the city’s kind consideration,” said Universal Hotels’ president Frederick Go in a letter to the council, quoted by the newspaper.

But some councillors opposed the resolution, with the endorsement passed by 7 votes to 5.

Councillor Jose Daluz III, who voted against, was quoted saying that the council should first review if there were restrictions in the use of the land, such as prohibition on casinos and other gambling facilities. Other councillors who opposed the endorsement said the resolution was giving “undue advantage” to Universal Hotels.

Councillor Engenio Gabuya Jr. said at the meeting that the resolution only sought to endorse the project to Pagcor, and was not an approval of the scheme. “Once they have the approval of Pagcor, they will still have to come to us [if they decide to pursue the development],” Mr Gabuya was quoted as saying.

The regulator has already approved the construction of a casino resort in Lapu-Lapu City, on the island of Mactan in Cebu province. Privately-held Udenna Development Corp broke ground in late July on its US$341-million scheme, dubbed The Emerald Resort and Casino. The project is to be built on a 12.5-hectare beachfront property, six kilometres (3.7 miles) from Cebu’s international airport.

The head of Pagcor, Andrea Domingo, said in March the regulator would welcome casino development applications for parts of the country aside from the capital Manila. Ms Domingo said at the time that Pagcor would impose a five-year moratorium on issuing further casino licences for Manila, amid industry concerns of oversupply.

Slot-machine maker and game-content provider Aristocrat Leisure Ltd says it has completed the acquisition of Roxor Gaming Ltd, a game developing company based in London, in the United Kingdom. The... END_OF_DOCUMENT_TOKEN_TO_BE_REPLACED