Celine Dion performs in boost for a Caesars casino in Japan 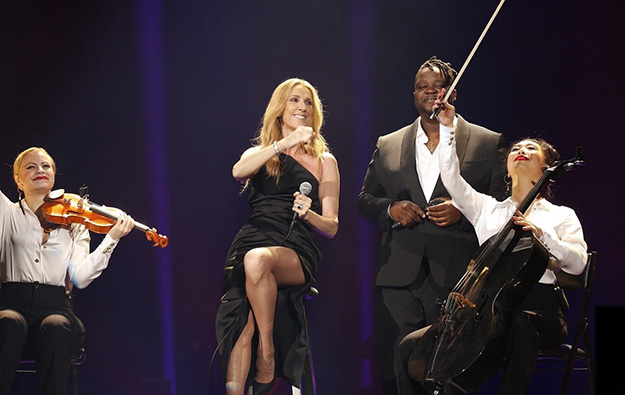 Caesars Entertainment is hopeful it will win a licence for a casino resort in Japan, where legislation to permit casino gaming is in the pipeline. The company is making its ability to provide compelling entertainment part of its case for obtaining a licence.

“Live entertainment has been key to our success as the pre-eminent integrated resort operator,” Caesars Entertainment president and chief executive Mark Frissora was quoted as saying. “With the integrated resort legislation reaching its final stages, we hope this concert demonstrates our commitment to developing meaningful partnerships in Japan.”

Dion’s Tokyo gig was part of her 22-city tour of the Asia-Pacific region, which includes two performances at the Venetian Macao casino resort, in Macau’s Cotai district.

Dion has been doing stints as resident performer for Caesars Entertainment at The Colosseum at Caesars Palace since 2003, delivering more than 1,000 performances in front of a combined audience of more than 4 million people, according to the firm’s Wednesday release.

Caesars Entertainment is on record say saying it feels Japan should create a casino industry based on “the Las Vegas model”. In a presentation to the Japan Gaming Congress in Tokyo, Mr Tight said about 60 percent of total revenue in Las Vegas is generated by attractions other than gaming. Mr Tight said Macau generated about 90 percent of revenue came from gambling.

Japan’s parliament commenced discussion around changing its law to allow casinos in 2016. In the middle of May this year, the Integrated Resort Implementation Bill was discussed in the parliament’s lower chamber. The bill was passed by the lower chamber on June 19 and proposes an initial cap of three casino resorts nationwide.