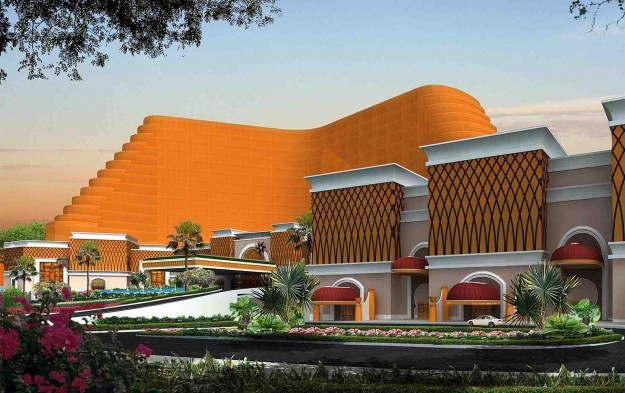 In July 2014, Manila-listed Century Properties stated in a filing it had obtained a Philippines court order stopping a group of companies including Universal Entertainment Corp – that are controlled by Mr Okada – from terminating a deal to develop jointly the Manila Bay Resorts complex.

That court order was set aside by the country’s Court of Appeals in March this year, a fact announced by Mr Okada’s Universal Entertainment in April.

Century Properties on Thursday said a recent meeting it had with Mr Okada had resulted in the matter being settled “amicably”.

“We recognise that the disagreement between our companies was a result of a misunderstanding of the issues, which were clarified in our meeting with Mr Okada. We are now taking the appropriate legal steps to withdraw the case, as we focus our attention to more constructive matters. We wish the Okada group continued success in its projects,” Century Properties said in a statement.

Mr Okada’s original deal with Century Properties, signed in October 2013, would have made the developer a 36-percent owner of an entity called Eagle I Landholdings Inc. The latter holds the resort’s land.

The 2013 deal also involved an investment agreement with Eagle II Holdco Inc and Brontia Ltd that would have seen Century Properties develop a 5-hectare (12.4-acre) residential and commercial project as part of the 44-hectare Manila Bay Resorts.

On Monday, it was reported that the country’s gaming regulator, the Philippine Amusement and Gaming Corp (Pagcor), had confiscated a PHP100-million (US$2.2 million) guarantee payment from Mr Okada’s Tiger Resort, Leisure and Entertainment Inc, citing delays to Manila Bay Resorts.

Under the original agreement with Pagcor, the casino resort should have been open by March 31, 2015. In March, media in the Philippines reported that Pagcor would allow Mr Okada’s side to “complete” the resort by the first quarter of 2017.