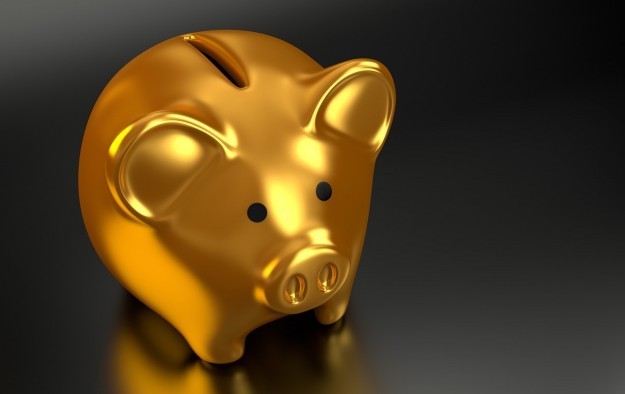 Premium mass, a Macau casino betting segment that carries no standard definition among Macau’s six operators, is nonetheless presented by the industry as a significant and growing contributor in gross gaming revenue (GGR) terms to the local product mix, noted industry commentators spoken to by GGRAsia.

While definitions of exactly what counts as “premium mass” might vary, competition among the Macau operators has intensified to attract players labelled as such. In general terms they are people ostensibly cash-rich and betting mostly on live-dealer baccarat, in multiples of tens of thousands of Hong Kong dollars per hand.

Mainland China’s measures to curb capital outflow and the United States-China trade war only add to the challenges faced by the operators for access to such a category of player, the observers suggested.

“A premium-mass player is a cash player who plays higher than a typical ‘high limit’ player; and expects to be receiving ‘complimentaries’, which will include rooms, promotional credits, transportation, food and beverage, shows – all the various goodies that come about,” he told us.

“These are typical things they receive, they don’t receive cash in return – if they did they would go on and become a premium direct player, which will be based on using special [non-negotiable] chips,” Mr Tash further noted to us.

Ben Lee, managing director at IGamiX Management & Consultancy Ltd, also a veteran of gaming operations – in Australia and in Macau – affirmed there was no standard definition in Macau of premium-mass play.

“Each operator has their own criteria, and it varies from US$5,000 ADT to US$50,000,” Mr Lee told us. He also noted that – due to competition among operators at a time of challenging trading conditions – the ADT applicable in order for some players to be classified as premium mass had dropped to as little as US$1,500 in recent times, in some of Macau’s Cotai casino resorts.

“These days direct VIPs refer mainly to players who play on commission programmes; when it [that definition] used to cover that, and cash players. The cash players have since been rebranded ‘premium mass’ to give the illusion that they confer greater margins to the casino: however if anything – with competition being what it is amongst the operators – the margins are probably tighter than ever before,” Mr Lee added.

Commissions and certain other costs linked to Macau casino sales hit a four-year high in 2018, according to data released by the Macau government earlier this month.

GGRAsia contacted all six Macau operators asking them how they defined “premium mass” players. None provided us with information.

Macau casino properties have been “aggressively pursuing” the premium mass segment as it contributes significantly to the casino operators’ gaming revenue, Mr Tash remarked to us.

“Overall ‘mass’ – comprising of grind-, standard- and premium-mass sub-segments – accounts for 55 percent of the total gross gaming revenue, and more than 80 percent of gaming earnings before interest, taxation, depreciation and amortisation [EBITDA],” Mr Tash stated. A number of investment analysts has said the bulk of earnings from the mass segment are via premium mass.

Mr Tash concurs. “Premium mass accounts for anywhere between 30 to 50 percent of all mass, depending on where the lines separating it from the rest of mass are drawn. This means that it accounts for a huge portion of overall gaming revenue, and an even higher share of EBITDA,” the gaming consultant added.

A September 6 report released by brokerage Sanford C. Bernstein Ltd suggested “premium” customers were the driving force for Macau GGR and would “remain critical” to the long-term growth of the city’s gaming earnings.

Sanford Bernstein estimated China’s Guangdong province next door to Macau would remain the “key feeder” of mainland customers for the next three years regarding the “premium customer base”. Shandong, Jiangsu, Zhejiang, Shanghai, Hunan and Henan would also deliver “significant growth” in this segment of customers. The institution put the baseline for categorising such consumers at a modest level judged by international standards: an annual income of at least US$13,000.

“This kind of [premium mass] player is not our main source of potential clients,” Kwok Chi Chung, president of the Macau Association of Gaming and Entertainment Promoters, a junket trade body, told us.

“Those customers are largely cash players; while ours mostly play on [casino] markers,” Mr Kwok remarked.

But he added: “As more and more people [operators] are targeting [them], you see fewer and fewer of them concentrate at one property.”

In prior years, City of Dreams – the Cotai flagship of Melco Resorts and Entertainment Ltd – and Wynn Macau – the downtown property of Wynn Macau Ltd – “used to target them almost exclusively, now they are joined by so many other properties,” said Mr Tash.

The gaming consultant recalled that the “pioneer” in Macau at targeting the “upper end of mass” as a gambling customer segment, had been the Wynn Macau property on the city’s peninsula, even before the rise of the Cotai district as a gambling destination.

“City of Dreams, which opened in 2009 – a couple of years after Venetian [Macao] opened up – really targeted premium mass. They had the infrastructure to go on and pursue that. They had 1,400 rooms -  a lot more than Wynn’s 600 [rooms]. Back then, having those rooms was the only way to compete with a 3,000-room casino across the street at the Venetian,” Mr Tash added. After City of Dreams Macau launched, he had joined the property’s then promoter Melco Crown Entertainment Ltd as part of the gaming operations and strategy team.

Macau currently has over 38,000 guest rooms in operation, with approximately 24,500 of these rooms of the five-star tier, according to the city’s Statistics and Census Service. Several casino operators have also announced plans to upgrade or revamp their hotel room inventory. In some instances they have cited a desire to cater to premium customers.

As competition has intensified amongst the Macau casino operators in the premium mass business, several other challenges have also emerged in this gaming segment, the industry experts remarked.

“By virtue of their higher bet size, frequency and hours played, premium-mass patrons require more money to play. This means that curbs on capital outflow from mainland China and tightening of liquidity have an adverse effect on premium-mass play,” Mr Tash told us.

The Chinese government has in recent years imposed various regulatory measures designed to curb capital outflow, including exit from the mainland regarding funds for gambling in Macau. The measures have featured a limit on the annual aggregate amount of cash people can withdraw from their mainland China bank accounts while overseas; and a combination of curbs and fresh oversight regarding China UnionPay Co Ltd transactions at either pawnshops or some jewellery shops on Macau casino premises and beyond.

IGamiX’s Mr Lee noted to us: “They [premium-mass players] still use the underground [money] channels in Zhuhai or more commonly,” they will be guided to “friendly UnionPay merchants who will expedite the cash transfers.”

“Without the credit granted by junkets or the casinos, the volume of play is significantly lower than would have been the case had they come [to the Macau market] under the junkets,” he added.

“Another factor that is somewhat related to the trade war is the devaluation of Chinese yuan: it reduces premium players’ gaming budget, since they disproportionately originate from mainland China,” Mr Tash told us, referring to the fact Macau casino bets are usually denominated in Hong Kong dollars, a currency pegged to the value of the U.S. dollar.